Apart from the smartphones, the company also announced the launch of its new Mi QLED TV 75 in the country as well. Read on to find out more about each of the new devices. 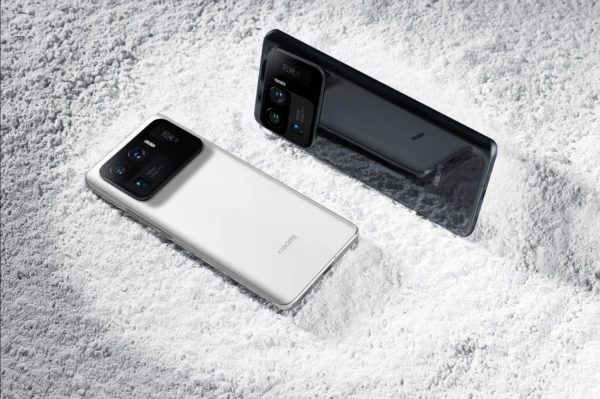 A triple camera system adorns the rear and comprises of a 50 MP primary cam with OIS and f/1.95 aperture. Complementing the same is a 48 MP ultra-wide-angle sensor having an f/2.2 aperture and a 128-degree field of view. Lastly, there is another 48 MP telephoto lens capable of 120x digital zoom. For selfies, there is the 20 MP front shooter having f/2.3 aperture.

For connectivity, the phone comes with 5G, dual-band Wi-Fi 6, Bluetooth v5.2, GPS, AGPS, NavIC support, and NFC. Lastly, there is the USB Type-C port for charging and data syncing roles. The phone also comes with a host of sensors, which include an ambient light sensor, proximity sensor, e-compass, accelerometer, gyroscope, hall sensor, barometer, grip sensor, color temperature sensor, flicker sensor, and multi-point laser focus sensor. There is an IR Blaster too, as is an in-screen fingerprint sensor for security.

Power comes from a 5,000mAh battery backed by a 67W wired and wireless charger. Besides, the phone supports 10W reverse wireless charging as well. The phone runs MIUI 12 based on Android 11.

The Mi 11X and Mi 11X Pro are similar, differing in only some key areas. For instance, the display is the same on both phones, it being a 6.67-inch full-HD+ E4 AMOLED panel having a 120 Hz refresh rate, 360 Hz touch sampling rate, and 1,300 nits of peak brightness. Both the phones have the same 5,000,000:1 contrast ratio as their Ultra counterpart. Other features of the display include HDR10+ support and 107.6 percent coverage of NTSC color space. Plus, both the phones boast of 100 percent DCI-P3 and SGS Eye Care Certification as well.

Differences exist with the optical capabilities as well. The Mi 11X comes with a 48 MP Sony IMX582 primary sensor with OIS and f/1.79 aperture. Then there is an 8 MP ultra-wide-angle sensor with f/2.2 aperture and a 5 MP macro shooter with f/2.4 aperture.

The Mi 11X Pro comes with a similar camera set-up save for a 108 MP Samsung HM2 sensor with f/1.75 aperture for the primary sensor. The rest remains the same. For selfies, both the phones come with a 20 MP sensor with an f/2.45 lens.

Connectivity options remain largely the same on both phones, which include 5G, dual-band Wi-Fi, Wi-Fi 6, GPS, AGPS, NavIC support, and a USB Type-C port. The Mi 11X, however, features Bluetooth v5.2 while for the Mi 11X Pro, it is Bluetooth v5.2 and Wi-Fi 6e. For sensors, there is the ambient light sensor, proximity sensor, e-compass, accelerometer, and gyroscope. Then there is the side-mounted fingerprint sensor as well.

Both the phones come with the same 4,520mAh batteries with 33W fast charging support.

Apart from the smartphones, Xiaomi also took the opportunity to launch its new Mi QLED TV 75. The new smart TV offers a 75-inch QLED display having Ultra HD resolution. The display has a 120 Hx refresh rate and 192 zone full-array local dimming. Other highlights of the display include HDR10+ support along with Dolby Vision and Dolby Audio.

The TV runs Android TV 10 along with Xiaomi’s PatchWall interface. Ports offered include three HDMI 2.1, two USB 2.0, an Ethernet port, and an optical port. These apart, there is an AV input as well along with an antenna cable and a 3.5 mm headphone jack.

Also, the other unique aspect of the Mi QLED TV 75 is that it can collaborate with the Mi Home app to serve as a control hub for all the Mi smart appliances in your home.