The Chinese smartphone brand Xiaomi is all set unveiled the Flagship Mi MIX 2 smartphone on September 11. The company has also showcased a new teaser video which indicates that Xiaomi will also announce the Xiaomi Mi Note 3 along with Mi MIX 2 on the same date. Companys co-founder Lin Bin has also announced this via teaser video.

Moreover, the teaser video suggests that Mi Note 3 will be a larger version of the recently announced flagship smartphone the Mi 6. The Mi Note 3 may come in three color variants i:e two shades of blue and black. Further more, the teaser video of the Mi Note 3 smartphone showcases glimpses of the back panel which seems to be a glass panel. The video doesn’t reveal any further details like the front end of the device or specs. However, we can notice the dual camera setup.

The Mi Note 3 has been subjected to numerous leaks and rumors in the past. As the smartphone is likely to be featured with a 5.7-inch QHD curved AMOLED display and Snapdragon 835 SoC. The Mi Note 3 may come with two RAM and ROM variants i:e 6GB/128GB and 8GB/256GB. The phone will run on the Android 7.1.1 Nougat OS with the latest version of MIUI 9 on top. 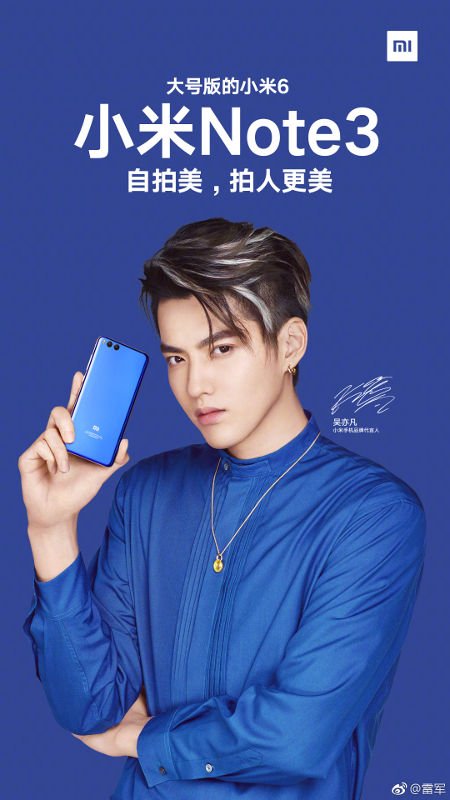 It will be backed by a 4000mAh Li-ion battery which will be enriched by Quick Charge 4.0 fast charging technology. Moreover, the 6GB/128GB variant of the smartphone will cost around $599(Rs. 38,900). While the 8GB/256 option will come with a price tag of $699 (Rs. 45,300). The flagship Mi Mix 2 smartphone is likely to pack with 6.4 inches bezel-less display which comes with up to 93% of screen-to-body ratio. The smartphone may throttle by Snapdragon 835 chipset which further coupled with Adreno 540 GPU and two variants of RAM i:e 6GB and 8GB.