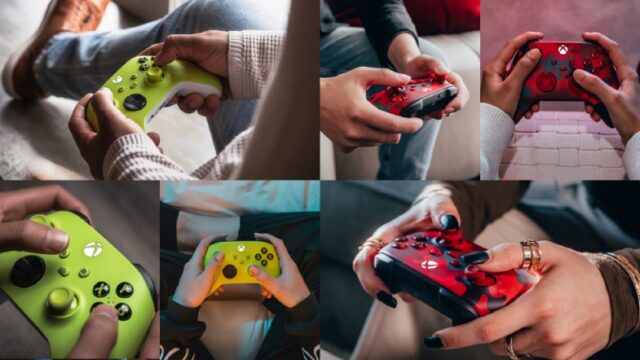 Microsoft’s new Electric Volt and Daystrike Camo Special Edition Xbox Wireless Controllers have now been announced in India. The company revealed the pricing details of the wireless controllers in the country, with the Electric Volt being the more affordable option of the two with its Rs. 5,890 price tag. The Daystrike Camo Special Edition is more pricey at Rs. 6,390. Both the controllers are set to launch in India on May 20.

Microsoft said they drew inspiration from the energy and vibrance as found in the apparel and sneaker design meant for athletes. Towards that, the controller gets a front plate done up in neon yellow while the rear end sports a white shade. The top is, in fact, covered in yellow resin that is unique in this version and is not available in any other controllers available so far even though the overall design is the same as that of the Shock Blue and Pulse Red controllers. The two joysticks also have the same neon yellow shade while the D-pad and triggers are done up in a black color scheme provides a stunning contrast.

Apart from the Electric Volt and Daystrike Camo Special Edition controllers, Microsoft is also offering new merchandise based on the two controllers. Those include T-shirts, shorts, hoodies, and so on, all of which are going to be available from the Xbox Gear Shop. Microsoft though has stated the gear is going to be available in limited quantities.