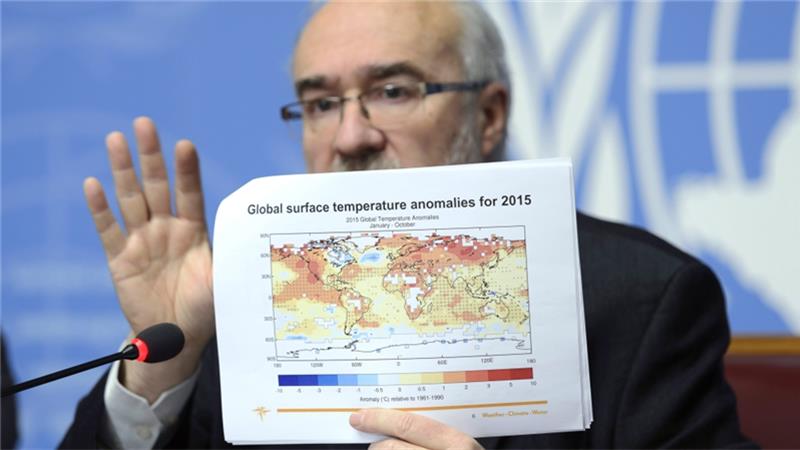 The five-year report on the climate from 2011-2015 was presented by Michel Jarraud, Secretary-General of the World Meteorological Organization (WMO) at the United Nations European headquarters in Geneva, Switzerland, on November 25, 2015. The year 2015 will go down as the hottest year of all times, and 2016 will be even hotter because of the effects of El Nino.

The report warns that inaction on climate change can see the temperatures rise by 6 degrees Celsius or more.

WMO Director-General, Michel Jarraud was optimistic and said that with a global climate summit starting in Paris on Monday, it will be an opportunity for nations to pledge to keep the rise within 2degree Centigrade over pre-industrial times.

This was the tentative target set in 2010 to try to prevent a tremendous increase in extreme weather. He warned that any more procrastination will make the remedial measures even more difficult.

Jarraud added that there were no quick magic solutions. A strong deal in Paris will also require public support. Citizens will have to forgo the luxury of their personal vehicles and choose public transport. It is for the industry to tackle sources of greenhouse emissions such as power stations, transport, farming and fertilizers.

Jarraud was also very critical of skeptics and said it is not about believing or not since all the facts are on the table.

Another climate scientist at the University of Reading was even blunter and said that the thermometers have to be wrong, satellite pictures should be wrong, tree rings, ice cores, and sea-level records would have to be wrong for the predictions to fail.