Home News Windows 10 Vs. Windows 8.1: Things you should know 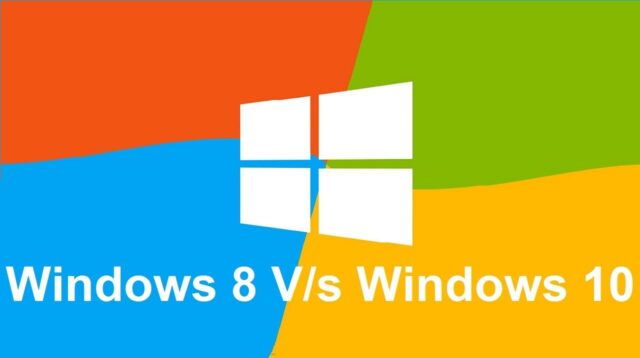 If you don’t already know, Windows 10 will be available as a free upgrade to existing computers and Microsoft tablets starting on July 29. Of course, just because it’s free doesn’t mean you have to make the upgrade. Let’s compare Windows 8.1 with the new OS to see whether it’s worth the upgrade or not.

One thing that Windows 8.1 doesn’t have that will be available on Windows 10 is a virtual assistant named Cortana, which is essentially Microsoft’s long awaited answer to Apple’s Siri. Cortana can work with a voice command or typing directives to do all the little things to make your life easier, from giving you reminders, searching the Internet, or writing user-directed emails. If this sounds like something you want or perhaps need in your life, then the upgrade to Windows 10 seems like it’d be worth it.

The user interface is also a noteworthy change on Windows 10, which brings back the traditional desktop look and Start Menu. This means that long-time Microsoft users that had to adjust to the tile setup of Windows 7 and Windows 8.1 can feel at home again now that the Start Button is back, which may be important to some people. However, for those who have adapted to the 8.1 version, the Live Tile view of the Start Menu may be expanded to replicate what we saw in the past two versions of Windows.

A new web browser may also be a key factor that entices users to upgrade to Windows 10. For those fed up with Internet Explorer, Microsoft finally has a new browser called Edge, which they are imploring Windows 10 users to try out as their default browser. Edge is said to be faster and safer than Internet Explorer, and it also comes with the use of a pen, highlighter, erase, clip tool, and text tool directly on any web page. This feature could come in handy when sharing with friends or for someone designing a new site. Of course, just not having to use Internet Explorer anymore maybe enough to make someone want to upgrade to Windows 10.

One final feature that may persuade users to upgrade is the quadrant layout, which allows up to four apps to appear on the same screen. This is perfect for people who can’t help but multitask, and Windows 10 will even make suggestions on what users can do to fill up any available space. It’ll be easy to cycle through open apps, re-arrange the on the screen, and switch between virtual desktops, meaning that multitasking won’t slow you down.

If any of these new features appeal to you, then it may be well worth your time to upgrade to Windows 10 when it becomes available on July 29. The best part is that just about any device, from desktops to laptops to tablets, will be able to get the upgrade, which if you don’t already know, is free.