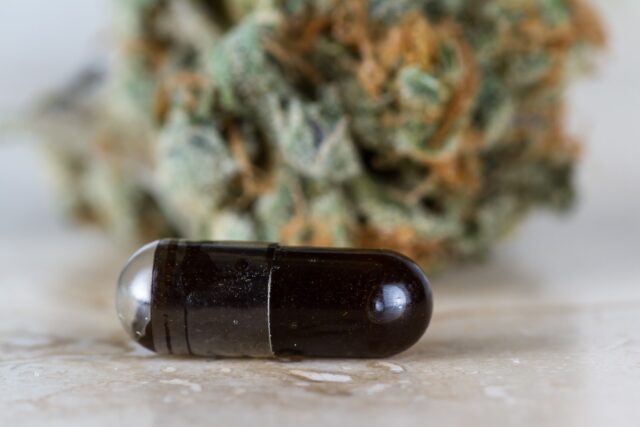 A lot can change in any market in a five-year time span, but the CBD market is one that looks to be only headed upward. As the demand for CBD products increases, so too does the response from suppliers all over the country.

You’ll find hundreds of CBD brands on the market today, each offering its own flavor varieties and the best ones are from Leaf Nation.

CBD isn’t the same as THC, so it doesn’t cause a “high” like marijuana does (both come from the Cannabis Sativa plant, but are different chemical compounds).

According to Penguin CBD, this could be a big reason why CBD products are so popular; they offer similar benefits to THC/medical marijuana without the classic “high” associated with the latter.

Let’s take a more in-depth look at the CBD market, where it’s coming from, where it is today, and where we expect it to be tomorrow. Remember that no one can accurately predict where a market will end up, but CBD shows some pretty promising numbers already.

Up until about two years ago, Cannabis and Cannabis-based products were largely outlawed in the US.

This is due to anti-drug legislation that was signed into law in the early 1970s, which grouped together hemp, marijuana, and the like in the same category as a Schedule 1 Drug. This made it nearly impossible to grow and cultivate hemp in the US.

Many states began legalizing Cannabis for medical use and then recreational use in the mid-2010s, with California and Colorado being among the forerunners for the progressive legislation.

Even so, the federal government didn’t officially recognize hemp, which is Cannabis that contains less than 0.3% THC, as legal until the Farm Bill was passed in 2018.

The Farm Bill essentially legalized the growth and cultivation of hemp and hemp-based products, thus, opening the floodgates to the CBD industry.

While CBD was around long before this legislation was approved, the boom occurred when it finally became legal on a federal level.

Last year, in 2019, CBD was one of the top-selling products on the market, and sales of CBD products, in general, topped one billion dollars in the US. the demand for CBD products has slowly grown since about 2014, and 2018’s new legislation only upped that demand by about 113%.

CBD does offer some amazing health benefits, and, being a naturally-occurring compound that our nervous system actually has specialized receptors for, it’s safe to use and has relatively few side-effects; all of which are minor and won’t cause any long-lasting health problems (we’re talking dry mouth and fatigue being among the worst of them).

People use CBD for pain management, its anti-inflammatory properties, anxiety treatment, and it’s especially effective at reducing the number and severity of seizures in patients with rare seizure disorders.

Where The Market Is Today

Investors are still scrambling to get their hands into the CBD market, as it’s stronger than it’s ever been. With a billion dollars in gross sales last year, and projections ranging from 10-20 billion by 2022/2024, there’s the real promise of significant profit.

According to Forbes, many businesses aren’t yet accustomed to the fact that hemp is, in fact, legal at the federal level. Decades of negative press, constant smear campaigns and an illegal status that grouped hemp together with substances like heroin have created more than their fair share of stigma and misunderstanding.

Before the market can truly flourish, these setbacks will have to be overcome. This begins with stopping the spread of misinformation.

There will always be critics and skeptics with any new product, but CBD’s enemies are determined to keep it linked with THC and marijuana, which becomes a barrier for many new customers.

The facts about CBD don’t change, but public opinion can. CBD is an incredibly versatile and beneficial compound, so much so that the first CBD-based medication was recently approved by the FDA. If hemp oil was truly so terrible, the FDA would not have approved a drug based on it!

Another setback that CBD has experienced is the lack of regulation in the market. The FDA doesn’t regulate CBD products, so you’ll often find sub-par products available that don’t follow the same quality standards as some of the big names in the industry.

These cheap knock-offs are often sold to convenience stores, grocery and retail stores, or gas stations. What does this mean? Don’t get your CBD at a gas station! The best place to get CBD oils, capsules, tinctures, and more, is online at a reputable website.

Despite some minor setbacks, the CBD industry has continued full speed ahead and is looking like it will sail into the future with a hefty profit margin. It’s already one of the fastest-growing industries in history, topping the billion-dollar mark within just a few years’ time.

Experts believe the industry will grow at about 107% per year until around 2023, which could put the market in the ballpark of about $24 billion. Of course, this is just an estimate, but a promising one nonetheless.

Regardless of exact numbers, the demand for CBD is only continuing to grow, so we’re sure to see new brands, varieties, and products available and the sale of those products increasing within the next five years. CBD seems to be everywhere already, and it’s only going to infiltrate more spaces as new users continue to flock to it.

There are plenty of investment opportunities available in this booming industry, and with demand at an all-time high, it’s a relatively secure market to tap into so far. Growth is continuous, profits are high, and customers love their CBD products.

When you’ve got a product that performs well, gains the love of its customers, and continues to sell at impressive volumes, you’ve got a significant profit opportunity. Don’t let the CBD train pass you by; get on board today and ride it out in one of the fastest-growing industries in history!