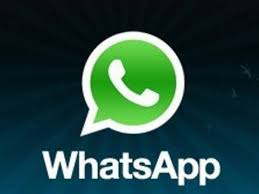 After Facebook’s $ 16 billion acquisition of What’s App, there were inaccurate and careless information circulating about the future of the partnership and its users’ data and privacy. However, all those rumors have been put to rest following the roll out of a new update. Earlier, scores of users had complained about the internet chatting service to the developers.

The problem it was observed persisted with update 3 for Windows Phone 8 that either caused errors or permanently disabled notifications. In the wake of this crisis, WhatsApp was put off from the Windows Phone Store on technical grounds. The searches for the app turned up empty-handed.

Microsoft official took to Twitter to explain the sudden breakdown of the service and promised to come up with a fix, soon. Joe Belfiore, head the Windows Phone/Tablet/PC product definition & design team tweeted,

“For those w Q’s on WhatsApp: they pinged us about an issue that popped on notifications, we’re working with them on a fix. More info soon.”

Now it is being argued that the removal of WhatsApp was intentional so as to assure its re-entry on windows phone with new updates after closely working with Microsoft. In all, What’s App users on Windows Phone would find several changes being made to the UI and security options stirred into the current version.