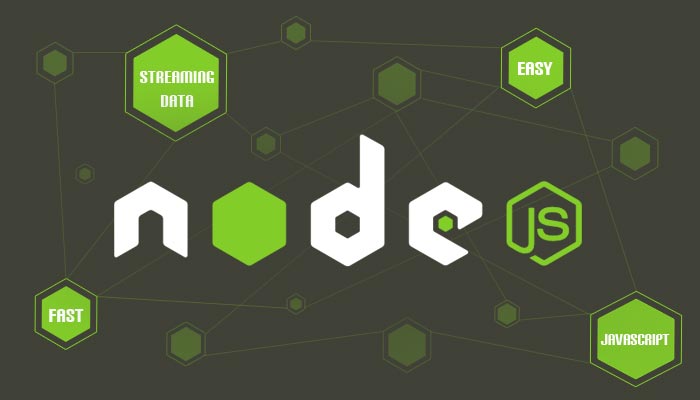 Out of many technologies used in web application development, Node.JS seems to be literally everywhere. Thousands of experts even claim that it’s better than Java and .NET, but why is that? What makes it the go-to solution? The answers are many and they are not simple but seem to be enough for most CEOs and CTOs to be convinced. Let’s find out what makes Node.js the perfect choice for web application development!

What is it, actually?

Node.js is both simple and technologically advanced. It’s simple, because it allows developers to achieve impressive results with as little hassle as possible, yet it’s advanced because its possibilities are endless. On the outside, it looks like any other back-end JavaScript runtime environment. It executes JavaScript code inside and outside the browser. But what makes it unique and different from other server-side frameworks?

I’m sure we must first understand the differences between Node.js and traditional scripting environments (eg: PHP, Python, Ruby, etc), before we get to what makes it the perfect choice for web apps development and more.

Because Node.js uses Google’s V8 engine in all use cases, developers can easily predict how their apps will render on literally any supported device – and there is always plenty of them. V8 was a natural choice for the creators of Node.js, as it’s compiled for literally all existing platforms, including legacy ones such as PowerPC. Now, what are the benefits of this? Because no matter the device, the code can be very similar, much of it can be reused. It reduces time-to-market, helps predict costs of development, and, probably most importantly, allows for creating versions of apps for different platforms parallelly and with minimal hassle.

How do app creators benefit from choosing Node.js?

It’s never easy to choose a framework that will meet all of the needs, especially at the beginning of work on a new app. However, in the case of Node.js, there are numerous case studies that confirm its strong points. We’ll take care of the most important ones in a moment, right after we find out why app creators are often so satisfied with this technology.

First of all, switching to Node.js is often very simple, as it uses JavaScipt as the code language, so many projects don’t even need a specialised Node development company to switch stacks if only the developers are eager to learn and use the whole variety of ready-to-use solutions published online.

Secondly, and according to a survey by RisingStack, coders appreciate how Node.js makes writing apps so fast, especially in the case of cross-platform projects.

Another important feature is the versatility of this framework. It is commonly used for almost everything, with the most popular cases being API development, backend, and servers, web apps, microservices, websites, and frontend development.

How Node.js is used in practice

The framework we’re talking about right now is omnipresent on the modern web. Thousands of popular services which need to deal with intense traffic and heavy server-based calculations utilise it successfully to make a profit and maximise their monetisation. But without being overly mysterious, let’s see where you use Node.js without even knowing.

Every UI/UX designer knows Figma, as it is an essential tool for designing and prototyping. Figma has launched some 5 years ago, in 2016, and since then it has revolutionised the app design market. Part of the success in an industry dominated by Adobe was simplicity and features that make this piece of software so practical in daily use – it’s more than a vector graphics editor. It allows cooperative work on a project by a number of people in real-time and then brings the ideas to life as a clickable prototype that can be viewed and tested in real-time on physical devices, such as iOS and Android smartphones.

Thanks to clever use of Node.js, Figma, which used to be a web-based app only, now also has offline versions for both Mac and Windows – and they are even more powerful, thanks to plentiful additional features.

Another super-popular app, this time one of the biggest, global hits. Uber is the go-to transportation app in most of the markets, it’s available in almost 700 cities and 70 countries, in many of which it is even more popular than conventional taxis. As such a giant, Uber needs a backend system that not only will not fail, but also be proficient enough to manage enormous amounts of data in real-time, in order to instantly match available drivers to their customers. Most importantly, though, they need scalability, as the company is still growing at an amazing rate.

Uber decided to use Node.js for a number of reasons, one of which was described by one of the engineers behind the app, Kris Kowal. It seems that they decided to choose Node.js because it’s “particularly well-suited to writing systems that have all their state in memory (…) As a consequence, the systems can be more available, and they can respond more quickly to requests by eliminating the reading/writing and the serialization of the state into a database.”

Who doesn’t know the most popular streaming platform on the planet? Even Netflix decided to switch to Node.js, and for some very good reasons. Netflix used to have a very stable and feature-packed application, but the team saw that was not fast and lightweight enough. Soon after Node.js emerged they set themselves a very ambitious goal: to make the app modular and light while keeping its UI simple. New, yet already mature Node seemed attractive because it was compatible with Netflix’s engineers’ talents and promised to deliver the results. However, as Netflix must be available on so many platforms, not just smartphones, but also smart TVs, game consoles, and set-top boxes, UI work seemed demanding in this case. But because Node.js is perfect when it comes to cross-platform apps, success was nearly certain.

After shifting the whole interface to Node.js, the company even started to re-code data layers to this framework! As a result, the startup time was reduced by 70%, development is faster and new releases are ready on a tighter schedule, and the level of customisation for each user is now much higher. It all directly translates to better management of the company’s finances.

Is that all to it?

Certainly, there are dedicated fans of Node.js and there are those who can’t get past its flaws. Most developers who use it understand that it’s not perfect and some of its key features, such as asynchronous callbacks, sometimes cause problems. However, thanks to a vibrant community and a vast sea of freely available, open-source resources, everything can be solved. The question is: is Node.js the perfect solution for your upcoming projects? That can only be answered after a thorough analysis of what you need to achieve. Just remember that it’s a technology that must be taken into account in 2021.