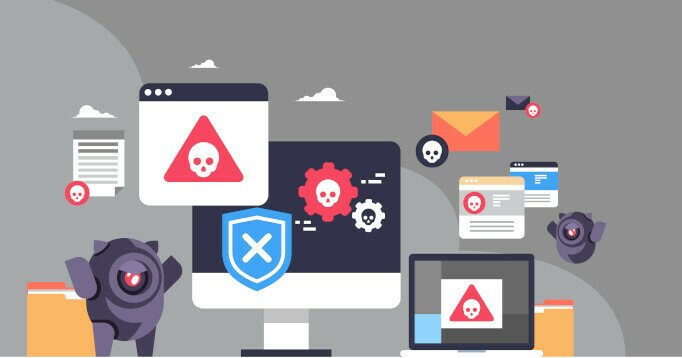 There has been a steady rise in the number of cyber-attacks over the last few years. Malicious actors are now using malicious bots and botnets that target businesses, governments, and individuals globally. Have you clicked a link in a suspicious email? Chances are you have also unknowingly helped the cybercriminals carry out these attacks. By 2024, it is estimated that 83 billion IoT devices will exist. With this increase in the number of devices over the internet, the attack surface will have redoubled. This, coupled with the ever-increasing amount of bot traffic, will undoubtedly lead to increased cybersecurity issues. One such issue is the botnet attacks. Before delving much into botnet attacks, let us understand what a botnet is.

A botnet refers to a network of interconnected bots controlled remotely by a cybercriminal who uses their combined resources to level an attack against networks, internet devices, and websites. They are used for launching a coordinated attack on cyberinfrastructure by overwhelming them. We refer to this form of an attack on websites and other network infrastructure by botnets as a botnet attack. The common botnet attacks are the 2016 Mirai botnet attack that targeted cybersecurity companies and the Pbot malware of 2017, where attackers launched a 75 Gbps DDoS attack using decades-old PHP code. How is a botnet attack carried out?

Initially, a cybercriminal gets access to various websites and network infrastructure by compromising the security of such platforms. Bots are delivered through multiple techniques like phishing emails, malicious links and websites, and the exploitation of known or zero-day vulnerabilities. They then create a network of bots, with the cybercriminal being the botmaster. This network has a command and control (C&C) server that the botmaster uses to command the bots remotely.

Cybercriminals may not use the botnet to launch cyberattacks sometimes; instead, they sell the network to other cyber attackers. By launching commands, the attacker can direct an attack on a specific web server and overwhelm its capacity. These are preferred because of the power of the zombie army that allows them to conduct a large-scale attack that would have been impossible for a human actor to execute. Because they hide behind different computers, they effectively disguise the actual source of the attack.

What are the various botnet attacks?

In recent years, cryptocurrency mining botnets have been on the rise. It is because of the lucrative nature of the cryptocurrency business. Unlike other botnets that use your computer resources to target websites and servers, these botnets use your computer resources like processing power and bandwidth for cryptocurrency mining. These botnets can generate a sizable amount of income for the cybercriminal so long as they remain undetected. Crypto-mining botnets may target individual or corporate networks. To evade suspicion, botnets mine cryptocurrencies that are small enough but can make sizable profits like Monero. The effect of this is slow loading speed on various websites and overheating your computer.

Botnets are the primary agent used by criminals in the cyberworld to launch Distributed Denial of Services against websites, online services, and network infrastructure. They achieve this by generating fake traffic to a webserver to deplete its bandwidth or overload its resources. The ultimate intent is to disrupt the services of these websites and prevent the users from accessing their content and services. The motivations for this may well vary from hacktivism, ideologies, and business feud.

Credential harvesting is another form of a botnet attack. Botnets can monitor your web traffic, looking for sensitive information like passwords, banking information, and social security number. Keylogging botnets can collect any personal information that you enter on your computer. They then used this information in various forms of crimes like account takeovers, identity theft, or even selling it on the black market.

In this type of botnet attack, a cybercriminal uses a special proxy for sending spam email messages using infected bots. These phishing emails may either contain compromised downloads or links to malicious websites. When you click or download the bot, it becomes part of a bot network. They can steal information or spy on corporations to steal proprietary data.

This is a botnet attack where the bot generates income for the cybercriminal by showing ads in your browser. They stealthily install these add-ons on your computer that change your search engine to fake (though genuine looking). Every time you click enter on the search box, a pop-up appears and counts as a paid click for the cybercriminal. This botnet attack uses malicious programs to remove the banners from the sites you visit, replacing them with fake ads that make cash for the criminal. Therefore, the attackers profit from other people’s content and reduce or cut off their source of revenue.

What devices are vulnerable to botnet attacks?

Because they operate over the network, any device connected to the internet is prone to an attack by botnets. IoT has brought more devices to the internet like wireless cameras and smart thermostats. Therefore, the attack vector has ballooned. The problem is even made worse because some of the new IoT devices have poorly configured security settings.

How can I detect Botnet attacks?

Because users may not be aware when their devices are compromised, detecting botnets becomes hard. The botnets mimic real users that make their operations virtually undetectable. Finding the central server where the commands come from remains the crucial step to detecting a botnet attack. Below are some methods for detecting botnet attacks.

In this method, you look for suspicious connections from the command-and-control centers and malware signatures when the device is not executing any program. Nowadays, cybercriminals have developed more sophisticated techniques to avoid detections, making it hard to detect them using static analysis.

If there are more resources, you can scan local network ports for unusual traffic and activities involving the internet relay networks. Check to see if the servers and other computing devices heat or consume more power than before.

Antivirus can detect an incoming botnet attack but fails in spotting an infected device. Similarly, you can use honeypots to bait a botnet attack using a fake filtration opportunity.

These are the best measures to detect and stop any botnet attack. Companies like DataDome have invested millions of Dollars in bots and botnet research. They use modern technologies to detect and thwart any botnet attack directed at your website or network infrastructure. They give an analysis of your resource activity that can show if a malicious actor was using your computing resources to their advantage.

With more and more devices going the IoT way, protection from various cyber threats is now more essential than before. Cybercriminals spend sleepless nights developing more ways to attack your network infrastructure and servers. By launching a botnet, they can take down your website and other critical infrastructure. Invest in a modern botnet attack detection and prevention solution like DataDome. This will avert any cyber intrusion by the botnets and keep your network infrastructure intact.