What if Jurassic Park was real? 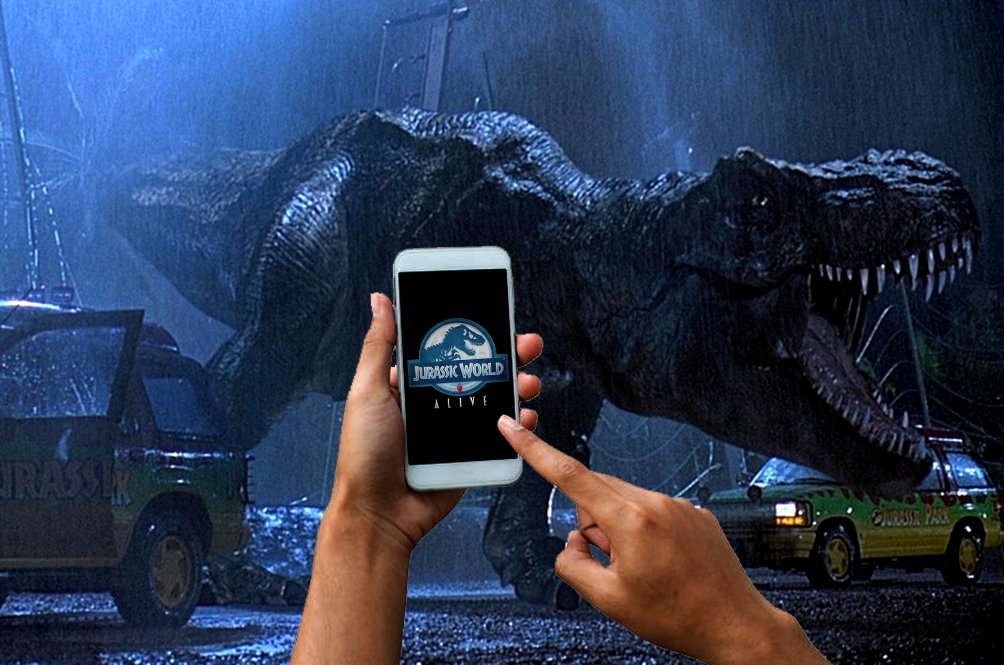 There are questions that we might ask ourselves. What if Jurassic Park was real? How would be the world?  How would the human kind behave? How would it influence our daily life? A lot of what ifs remain and what if we try to figure this out.

Imagine walking down the street and you see the Velociraptor or the Dilophosaurs relaxing or sleeping on the side of the road with a bunch of other dinosaurs. What if, the Dilophosaurs, which is one of the largest carnivorous dinosaurs, uses its tail as a game for the children instead as a whip to fight. Or the Brachiosaurus one of the most well-known dinosaurs, popular for the great height of its humerus or upper arm bone – instead of feeding giraffes in parks, we would give tasty treats to these dinosaurs. What about the Tyrannosaurus rex, the most famous species of dinosaur, instead of frightening the hell out of people, these hunters would be agile pets? Suppose that triceratops, these colossal dinosaurs, instead of attacking you with its huge frilled head with horns over each eye, these herd animals would act as protectors in wars. And how about using the very long fingers and arms of the Gallimimus, also known as the chicken mimics, to plant trees and flowers. They can dig and grab anything. How sensational would that be?

The world would be an amazing wildlife reserve filled with Dilophosaurs, Velociraptor, Brachiosaurus, Tyrannosaurus rex, Parasaurolophus, Triceratops and Gallimimus amongst others. You could go on safari or trails and instead of seeing lions, tigers, rhinoceros, hippopotamus and other typical safari animals, your eyes would be blessed by the magnificent landscape and the different startling species of dinosaurs. A breath of newness would replace the dullness of life.

We’ve heard countless of myths concerning dinosaurs each wackier than the other. Since they appeared between 243 and 233.23 million years ago, it left room to eccentric stories and folk tale.

A good way to get a grip on and decipher the truth would be to be in their contact. Myths like for instance dinosaurs were all big, they were scaly, they were bad parents and doomed to extinction would vanish. We would have a clear understanding of the veracity of this mythos. For instance, instead of seeing green, grey or brown creatures we would see dinosaurs of any shades. How about a pink or blue one that would be wonderful!

If Jurassic Park was real we could live in amazing symphony with those creatures from different species. The pterodactyl would fly high in the sky like birds and the velociraptor which is about 3 to 4-meter-long, could be used as a transport medium since it can run a full sprint. Let’s just imagine how life could be.

And what if you try to immerse yourself into the world of dinosaurs? Try Jurassic Giants Slot, an exhilarating adventurous online game that gives life to the most popular reptiles! Visit vegasspins.com and start feeling the thrill. At Vegas Spins, you can other animal-themed slots… who knows? You might plunge in another adventure where mythical creatures exist!