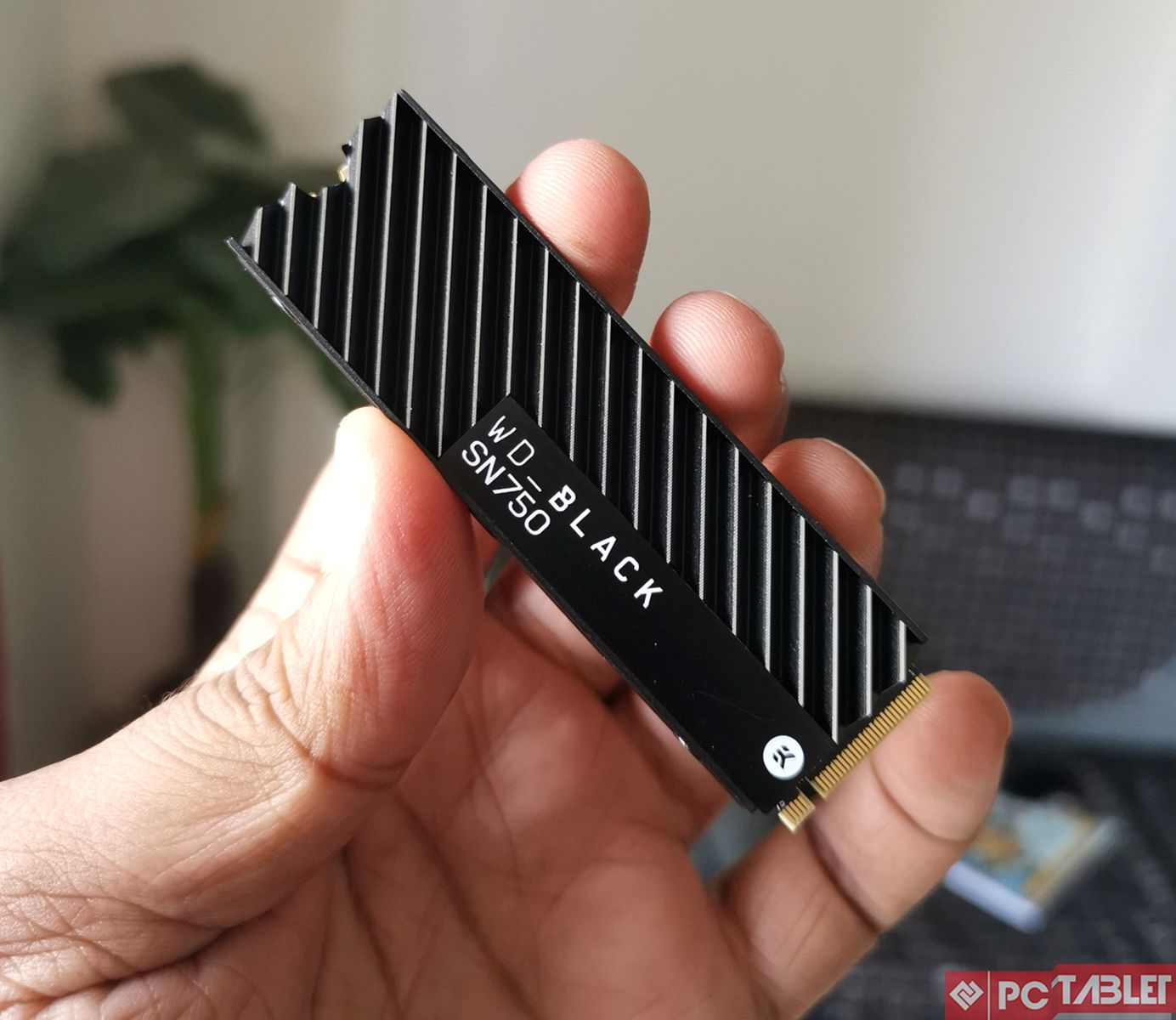 We take Western Digital’s NVMe drive for a spin and this time it’s the company’s top offering. The WD Black SN750 with the heatsink is the company’s premium model. Priced at INR 29,490, we have the 1TB model in our lab, but it’s also offered in 500GB and 2TB variants. Besides, you also have the choice to buy the version with a heatsink or without it, we have the former. Let’s find out if it’s worth the price tag.

As far as performance goes, the WD Black SN750 with the heatsink is rated to deliver the random performance of 515K IOPS when reading and 560K when writing. The 1TB model we have comes at sequential speeds of up to 3470MB/s and writes up to 3000MB/s The WD BLACK provides read and write times of 3108 MB/s and 2214 MB/.

As far as performance goes, this drive is a beast. Once the SSD was installed, it took less than ten minutes to have Windows 10 back up and running with my SanDisk USB 3.1 flash drive. The SN750 is vastly superior to an SSD, and the differences are noticeable in everyday use. Loading 60GB of data into memory takes 20 seconds, whereas with a SATA SSD it’d take several minutes. It scores about 50% faster on access times (read and write) than the SSD that came with my laptop The overall performance is as advertised. THIS DRIVE IS SERIOUSLY FAST.

I also use Firefox with lots of tabs in my sessions (I do a lot of research in my work) and any delays that I was experiencing before when switching tabs weren’t there anymore. Loading the browser is instantaneous even, where it used to take a couple of seconds before. Bottom line, this drive’s performance ratio is top-notch.

Talking about endurance, it comes with an MTBF rating of 1.75 million hours and a TBW (terabytes are written) rating at 600TB at 1TB capacity.

Do we really need a heatsink?

As already mentioned, we have the version with a heatsink. Now, this begs the question of whether do we really need it? Well, there’s no definitive answer whether we need a heatsink or not. But the feature turns out rather useful and there are several for it. In traditional NVMe drives, the controllers can get rather warm.

They have to perform a lot of calculations and in order to maintain the performance, a lot of heat is generated. To prevent it from getting overheated, drives automatically slow down. The latest motherboards come with built-in heatsinks. It essentially allows the drive to function without getting throttled and gives optimum performance. The only drawback with the heatsink is that the number of motherboards it can fit into are limited.

Like most SSD manufacturers, Western Digital has created an exclusive dashboard for the WD Black SSD range with a special black skin. It features a sleek design and shows key information such as drive’s temperature, free capacity, diagnostics, and temperature. The software also has a Gamer Mode which suggests the product is aimed at hardcore gamers. Once this mode is turned on, power-saving features are automatically disabled so there’s no compromise in performance. I also used as it as my steam library disk for games as the SSD on my laptop ran out of space. With the WD Black SN750, I felt that the rear and write times increased by 50 percent compared to the SSD that came with my laptop.

Well, I can’t’ say I’ve tried many NVMe PCIe SSDs to compare, but if you are to compare this against a regular SATA SSD, the difference is clearly noticeable. This drive is fast, as it does hit the advertised speeds. It’s fast enough to read multi-gigabyte files in a few seconds.  Besides, it’s a great drive for gamers as the speeds at which it retrieves information is remarkable. The only thing to remember before buying – just make sure your motherboard is compatible with the WD Black SN750 heatsink model.