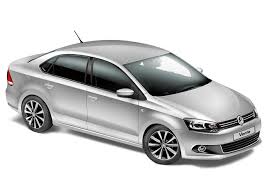 Volkswagen’s pride, Vento facelift has been launched by Volkswagen India, in the country at a price ranging between 7.85 to 11.87 lakhs.

Zooming away with Vento’s motor:

The fuel efficiency of the new Volkswagen has been improved upon in the new and updated Vento from Volkswagen, despite the engine retaining its previous features.

The petrol motor of this new Vento, with naturally aspirated petrol of capacity 1.6 liters, is also available at a 1.2 liter capacity of 1.2 liters and a turbo-charged engine, with a DSG gearbox of 7 speed ratings.

The TDI diesel motor, which is available at a capacity of 1.5 liters, has a manual transmission system with 5-speed controls.

The Diesel Vento has 21.50 km/l as its ARAI rated fuel efficiency figure.

Vento, a car that is renowned for its sleek build has been revamped in this new 2015 model.

The biggest updates to the exteriors would be the front grille that has been revised, and currently featuring three slats chrome inserts as well as cornering lights that has been built-in, along with rectangular fog lamps as opposed to the previous round-shaped ones.

The 15-inched alloy wheels are the only improvements made to Vento 2015, from the side profile.

With the cabin having a makeover to a dark beige theme, cruise control, external boot release and other luxuries have been offered to enhance the comfort that Volkswagen customarily provides to all its customers.

With people having started to nook the car all across the country for a minimum of Rs.75,000, deliveries are also being made at the earliest.