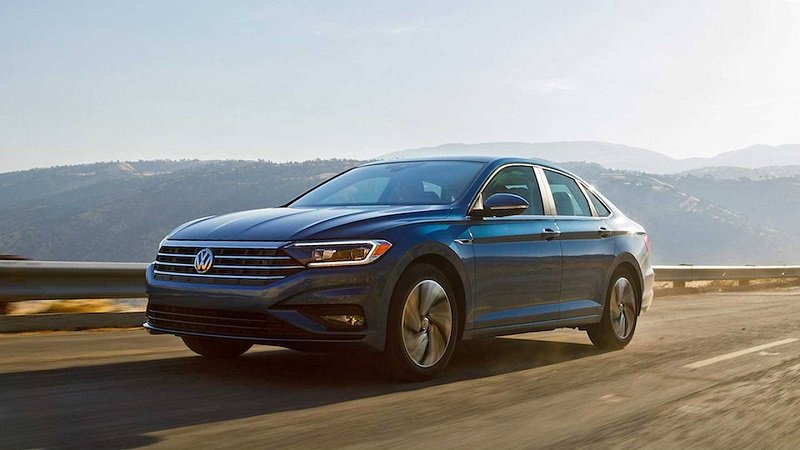 The 2019 Volkswagen Jetta is based on the company’s proprietary MQB platform, and features an overhauled design along with improved technology compared to its predecessor. Not to mention, the German automaker has also priced its 2019 Volkswagen Jetta slightly lower than the outgoing model. As the new 2019 Jetta gets a starting price tag of $18,545 (Rs. 11.76 lakh approx.)

“With its combination of great technology, fuel-efficient drivetrains, sporty styling, upscale interior and amenities, and fun-to-drive nature, we expect that the Jetta will make a huge splash in the compact sedan market when it goes on sale,” said Hinrich J. Woebcken, CEO, North American Region, Volkswagen.

The 2019 Volkswagen Jetta gets powered by a 1.4-litre turbo charged and direct-injection TSI engine petrol engine that churns out 147 horsepower and 249Nm of torque. The engine gets mated to a 6-speed manual transmission, along with an 8-speed automatic transmission as an option.

In terms of design, the 2019 Volkswagen Jetta happens to be marginally longer, taller, as well as wider than its outgoing model. As the next-gen Volkswagen Jetta offers a longer wheelbase of 2684 mm, compared to 2651mm of the current model. The increased external dimensions also mean that the 2019 Jetta is more spacious and should offer more legroom as well as headroom than its predecessor.

As far as looks go, the new Jetta flaunts a large front grille with bolder and sharper lines. There’s also a fast-sloping roof that gives it that sporty, coupe like design which the company touts gives its new Jetta a ‘bold character’.

The 2019 Volkswagen Jetta also gets a bunch of safety features such as an optional forward collision alert, emergency braking, adaptive cruise control, as well blind spot monitoring. The new sedan should arrive in India in the second quarter of 2018.