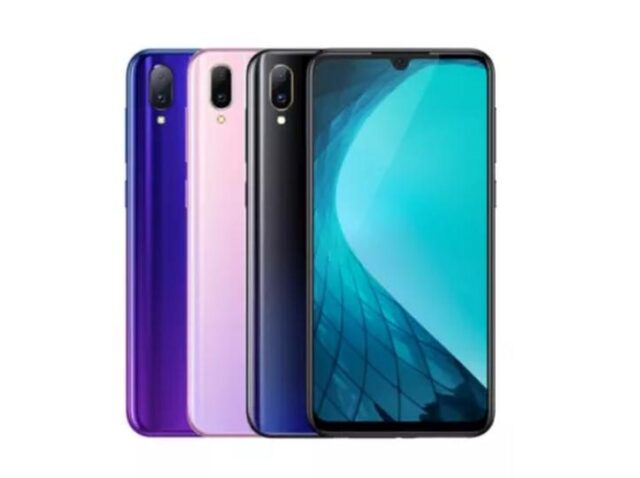 The smartphone giant Vivo has now launched the Vivo Z3i Standard Edition in its homeland China. It is a slightly toned down version of the Vivo Z3i smartphone, unveiled in China back in October, last year.

The only fundamental difference between the newly launch Standard edition and the regular version is in the display. The regular model had an AMOLED panel while the new one has an IPS screen. While the former is priced cheaper, rest all things stay the same.

The Vivo Z3i Standard Edition sports a large 6.3-inch IPS LCD panel with a full-HD+ resolution of 1080 x 2280 pixels. The display further touts a 19:9 aspect ratio and a screen-to-body ratio of 90.3 per cent. Note that the original Z3i came with a similar sized AMOLED panel.

Under the hood, the device gets powered by octa-core MediaTek Helio P60 SoC, the same we’ve seen on the Nokia 5.1 Plus and other budget smartphones. Moreover, it bears whopping 6GB of RAM and 128GB of internal storage. Users can further expand the room up to 256GB via the given microSD card slot.

In the optics department, the Vivo Z3i Standard Edition gets a dual camera setup at the rear. The setup comprises of a 16-megapixel primary lens with f/2.0 aperture and a 5-megapixel secondary shooter with f/2.4 aperture. There’s also a 24-megapixel sensor with f/2.0 aperture at the front for selfies. The camera app incorporates nifty features like AI Beauty, Backlight, Panorama, and Portrait Background Blur.

Moving on, the handset runs FunTouch OS based on Android 8.1 Oreo. A 3,315mAh battery backs all of this. One can also use face unlock in addition to the fingerprint scanner for unlocking the phone. Connectivity options include 4G VoLTE, Bluetooth 4.2, WiFi, GPS + GLONASS, OTG, FM Radio, a microUSB port and 3.5mm audio jack. Lastly, the phone measures 155.97 x 75.63 x 8.1mm, and it weighs 163.7 grams.

The Vivo Z3i Standard Edition has been priced at CNY 1,998 (roughly Rs. 20,900) in China. The device will be available in Aurora Blue, Dream Pink, and Starry Night Black colour options.

To recall, the original Z3i was launched for CNY 2,398 (roughly Rs. 25,000) in China in Aurora Blue and Millennium Powder colour options. It later arrived as rebranded Vivo V11 in India. Hence, the new standard edition too has possible chances of coming to the country. Stay tuned for more updates.