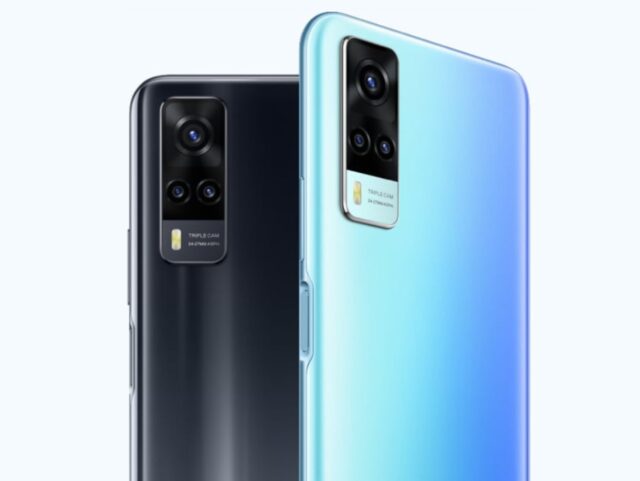 Vivo, it seems, is on a phone launching spree in India. It has just been yesterday that the company launched its Y20G smartphone in the country and it followed that up with the new Y31 that has been launched today. At Rs. 16,490, the new Y31 comes across as a decent package with its 6 GB of RAM and 128 GB of storage along with a triple-lens rear camera.

The new Y31 offers a 6.58-inch Full HD+ LCD panel on the front with a notch at the top for the selfie camera. Under the hood, the phone rocks a Snapdragon 662 chipset, complete with 6 GB RAM and 128 GB of storage. Then there also is a microSD card slot that can expand storage by another 1 TB. The phone runs the Android 11 based Funtouch OS 11.

For optics, there is the triple camera arrangement at the rear. That comprises a 48 MP primary camera along with a pair of 2 MP cameras for depth mapping and macro shooting respectively, the latter being capable of shooting from as close as just 4 cm. The camera also gets advanced features such as Electronic Image Stabilization and Super Night Mode where a multi-frame noise reduction algorithm is used to reduce image noise. The front again gets a 16 MP selfie cam.

Powering the entire setup is a 5000 mAh battery which has become quite common among mid-range phones. The battery is backed by an 18W charger while the phone also supports reverse charging as well. For user authentication, there is a side-mounted fingerprint sensor. For ports, there is a USB-C port and a 3.5 mm headphone slot. Other connectivity options include 4G LTE, Wi-Fi, Bluetooth 5.0, and GPS/A-GPS. Then there is an FM Radio onboard too.

Color options you have with the phone include Racing Black and Ocean Blue. As already stated, the phone will set you back Rs. 16,490 and is on sale from Flipkart, Amazon, PayTM along with other online and offline retail stores in India.