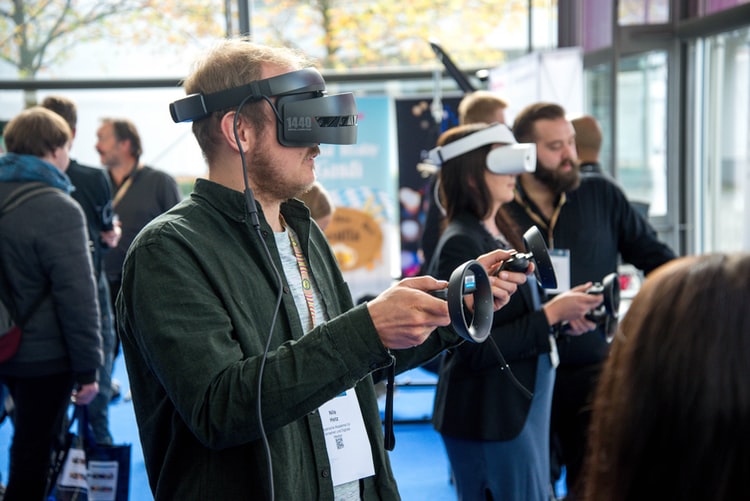 Major sports leagues are massive businesses that attract millions of fans worldwide. At their core, sports have always been about the relationship between the athlete and the fan. We have come a long way from the days of listening to the game over the radio, as technology is continuously revolutionizing major sports and adding to the experience. From streaming platforms to social media, to the physical technology of advanced drone cameras and more, we have seen a lot of improvement in the way we watch sports. For many, virtual reality is the next obvious integration coming to every form of media and entertainment. How will this promising tech change sports?

How VR Could Change Sports

At this point, it’s pure speculation as to whether virtual reality will be integrated into the core structure of the sports we know and love. Presumably, virtual reality will create a whole plethora of new sports that are unimaginable currently. Or perhaps aggressive and physically intensive sports like football will be given their own VR counterpart with no physical contact.

This is one of the more obvious problems that sports today currently face, the ever-present danger of injury. Every sport has the potential for a serious injury that could ultimately end an athlete’s career. If there were virtual reality alternatives, sports that are less aggressive and easier on the body, it could be an entirely new frontier. If we could always account for all players to show up on the game day, we would have a better idea of what to expect, leading to better matchups between teams and more consistent odds in the American football betting markets. With a near-zero risk of injury, the entire game would forever be changed.

Of course, it’s yet to be determined if anyone would support a virtual reality version of football, or boxing, or any other intense sport. On the other hand, the esports field is massively gaining traction. Every year sees more people treating esports players like celebrities or athletes. It’s easy to see the driving factors behind this growing sector. The youth of today oftentimes enjoy video games much more than physical activity. In many ways, esports are just the natural progression of this and virtual reality poses an entirely new arena for esports and real physical sports to collide.

How VR Could Change the Experience for the Fans

For fans, we are entering the completely uncharted and revolutionary territory. There is no telling how dramatically the fan experience will be changed and what will truly be possible soon. Instead of watching sports at home on television, or trekking out to the home stadium, virtual reality projection could provide an alternative that would be even better.

With virtual reality, you could instead have the vantage point from the bleachers live in your home. Imagine a sports arena projected onto your dining table, where you could walk around it and get different perspectives. Or perhaps VR goggles will allow you to actually see what the players are seeing in POV, in real-time. It’s fascinating and it isn’t far away, the technology is being perfected right now.

Normally, sports fans may have to travel miles, or across international lines to attend sports events like the World Cup or the Olympic Games. In most cases, there aren’t enough tickets for everyone that wants to attend these events anyway. Instead of spending a fortune to secure tickets and pay for flights and hotels, you can watch the event from your home and have the same perspective as someone on the ground floor of the event. Through live streaming applications that are so popular, the younger demographic is already getting used to this concept. It won’t be a stretch to utilize virtual reality in this sense.

VR Market Is Already Taking Off

After decades of speculation and building up to this technology, the virtual reality market is finally taking off. While we are still very much in the early stages, what we have seen thus far is very promising and immensely powerful. The entire video game market is set to be revolutionized, and it’s unimaginable that gamers will be satisfied with standard console systems once VR is more widespread. Augmented reality is being used across consumer devices and social media already, and most times the user doesn’t even recognize it. Groundbreaking apps like Pokémon Go have proven to be a massive success and show that there is a real demand for this market.

Improving Digital Communication In The Workplace

Are Stablecoins a better investment than Bitcoin?