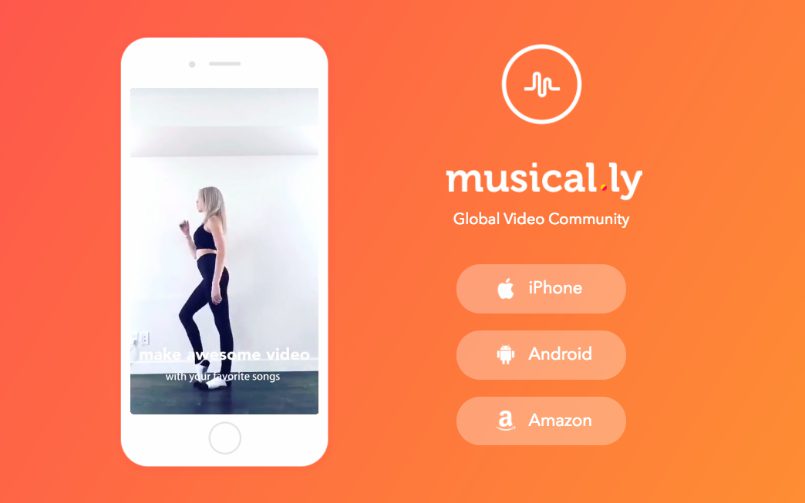 The popular Chinese video social network app Musical.ly, which was internationally launched in 2014, is going to hit the Indian marketplace soon; confirmed Eric Zhou, Head of Global Operations for musical.ly. While giving an interview to Gadgets 360, the senior official of the Chinese Social Video Networking site confirmed that the official launch of the app Musical.ly is going to happen in India in a few weeks.

Ahead of its official launch in India, Musical.ly teamed up with Ranbir Kapoor-starer Jagga Jasoos for allowing fans to create videos with the favorite star. With a clear strategic business goal, Musical.ly Inc. is now considering the huge potential in India and is gearing up to expand its base in the country.

Musical.ly is a free mobile app, developed by the Shanghai- headquartered Musical.ly, Inc. It is a video social network application that allows iOS and Android users to record a video on their handsets and set it to their selected music for creating their music video clip. The Android version of the app closely mirrors its iOS version. The user can either select a song first and record the video footage later or vice-versa. Dubbed “musical,” the small video clips, recorded and created on Musical.ly are shareable on social networking sites.

Musical.ly Inc launched the prototype of the app in 2014, Musical.ly allows sharing short videos of themselves doing stand-up comedy, singing, dancing with their friends and followers quickly and easily. As officially confirmed by the Japanese company itself, the app currently has 240 million registered users all through the world, and every day, more than 15 million new “musical.lys” are being shared globally.

After finding a keen interest of users in its app, the Japanese company expanded its business this year and declared to launch original video shows on the platform of Musical.ly by pooling resources with NBCU, MTV, and Seventeen Magazine. Moreover, the firm also integrated the app with Apple Music for allowing the paid subscribers of Apple’s live music streaming services to listen to songs from the Musical.ly app.