Android Nougat update is now officially available for Verizon Moto Z Droid and Z Force Droid smartphones. On November 19, 2016, few lucky users of the Verizon-branded handsets were able to download the Android 7.0 Nougat update. However, the company hasn’t officially announced the information about the update. 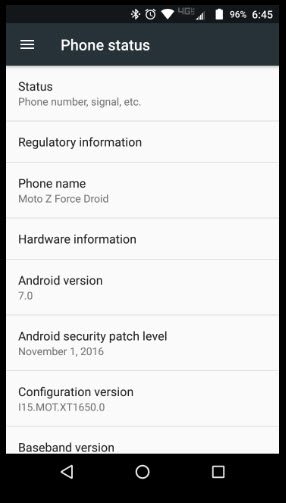 According to users on Reddit, the Android 7.0 Nougat update with software version NCL26.86-11 will take around 20 minutes to complete the installation process on both phones. You will be able to work with features such as split-screen mode, quick app switching, new Data Saver including Google Daydream VR support. 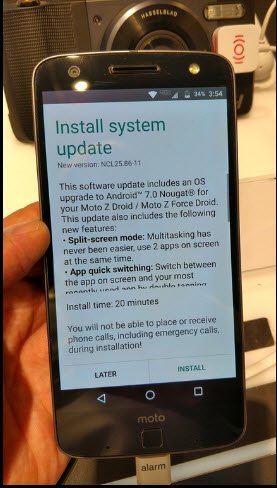 You should note that the Moto Z Droid and Moto Z Force Droid are the first Motorola smartphones to get Android Nougat update in the US. Motorola will provide updates to all locked and unlocked Moto Z models in addition to the Moto G4 family in the upcoming months.

Do you have Verizon Moto Z Droid and Z Force Droid? Please post your comments below in case if you happen to receive Android Nougat notification.