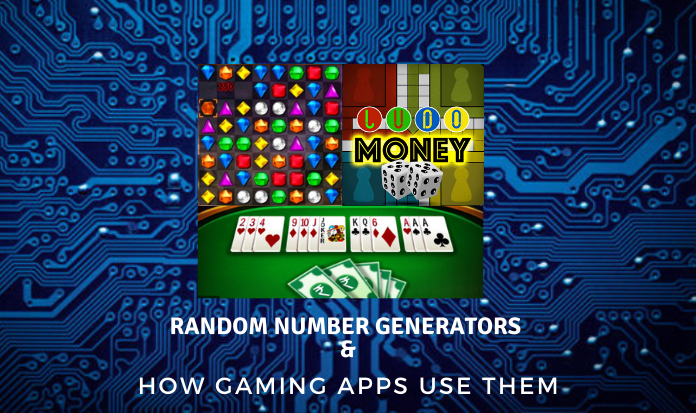 Random number generator or RNG is a mathematical construct–a formula or an algorithm that can be used via a computer programme and is mainly used in lotteries, games, and for security and cryptography. An RNG, as its name suggests, is designed to generate seemingly random numbers without any predictability. There is no distinguishable pattern in the appearance or generation of data, and is thus termed ‘random’.

RNGs are a modern technology, but the use of randomness has been prevalent since ancient times. When you toss a coin, there is a 50-50 chance of getting heads or tails, but you cannot accurately predict when you will get heads or tails. Similarly, when you throw a dice, you have an equal chance of getting any one of the six faces. Tossing a coin, rolling a dice, drawing a straw, and shuffling cards are all examples of random number generation that have been used to leave the end result to chance.

Are There Different Types of RNGs?

How do TRNGs work?

How do PRNGs work?

RNGs are extensively used in online rummy games on websites like RummyCulture, Junglee Rummy, RummyCircle, KhelPlay Rummy, and others. These websites use RNGs to shuffle the decks, distribute the cards and make users to play rummy online. Such rummy card game applications make use of RNGs in their processes have their RNGs evaluated and verified regularly by an authentic organization like iTech Labs so that it complies with the relevant standards. The evaluation consists of checking the algorithm and testing the shuffling decks. The numbers generated by the RNGs need to pass the Marsaglia’s “Diehard” test for statistical randomness. These RNGs are tested at frequent intervals for unpredictability and are thus deemed safe and fair to the gamers.