If you carry Samsung Galaxy Note 7 during a flight travel in the US, it will be treated as a federal crime. The Federal Aviation Administration (FAA) had officially banned Samsung Galaxy Note 7 handsets from being carried during an airplane journey. This is after CPSC’s decision to recall all units of the phone after reports of explosions and burns. 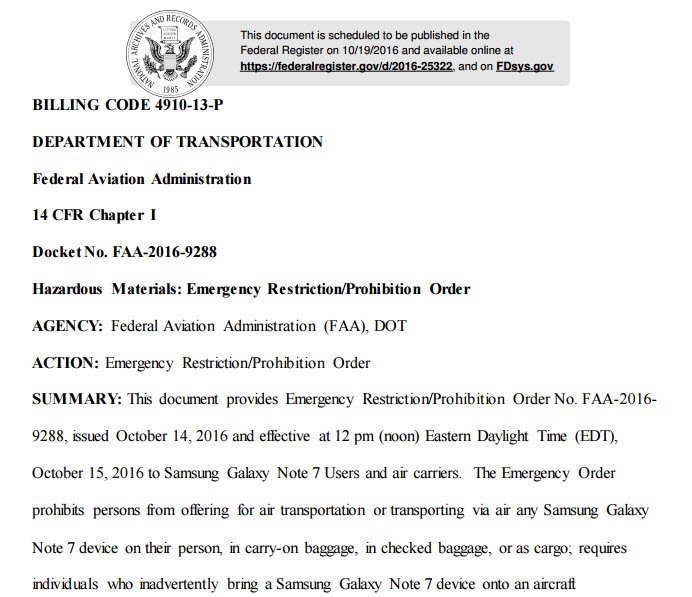 The order prevents passengers from carrying the handset on their person, in carry-on baggage, in checked in baggage, or as cargo. Hence, you should not carry the phone with knowledge.

In case a passenger is unaware of the new order and brings in the Galaxy Note 7 with his baggage, then the flyer should promptly inform the staff. The handset should be switched off and handed over to the crew member, who will store the phone in a safe place till the end of the journey.

If a passenger intentionally carries a Samsung Galaxy Note 7, the relevant flyer would be subject to civil penalties of up to $179,933 for each violation for each day they are found to be in violation (49 U.S.C. 5123). They are even liable to prosecution, which could result in fines under title 18, imprisonment of up to ten years, or both (49 U.S.C. 5124).