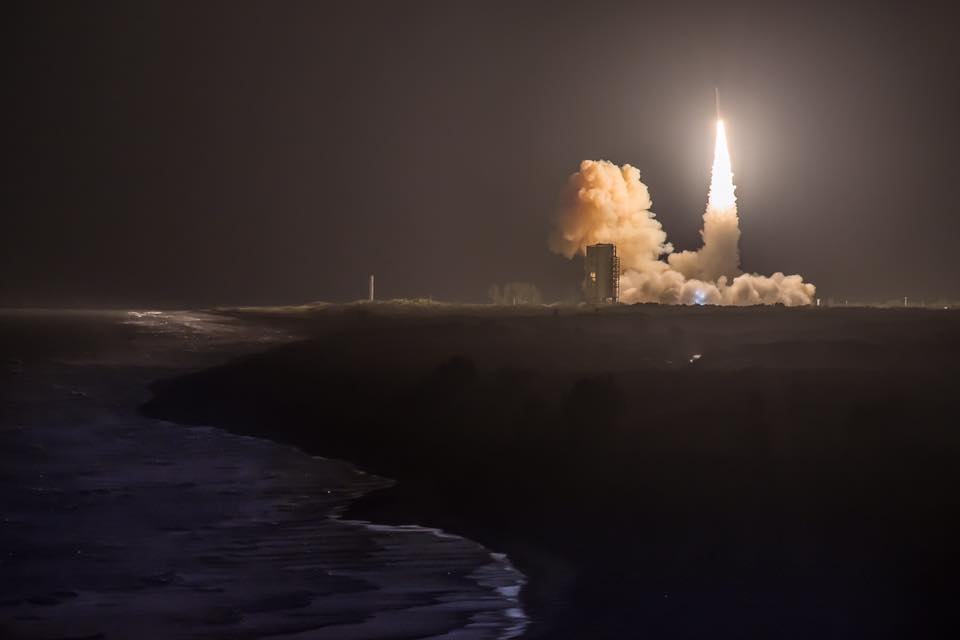 Illuminating the night sky with a brilliant splash of fire; an Orbital ATK Minotaur 4 rocket, carrying the surveillance satellite of U.S. Military, the ORS-5 Satellite penetrated into the sky in early Saturday. Fuelled by a fusion of modernized engines and decades-old rocket stages from demilitarized ICBMs; the Minotaur 4 rocket set out a tiny Air Force supervision satellite into the orbit early Saturday from the Complex 46 launch pad of Cape Canaveral at 2:04 a.m. EDT (0604 GMT). The satellite will be employed for a mission called Space Situational Awareness (SSA) for monitoring the satellites and space junks.

The primary objective behind this launch was to monitor the crucial high-altitude military as well as private spaceships. Alongside this aim, the satellite will also keep an eye on the space debris and the possible threats they may pose to other orbiting satellites. The ORS-5 satellite aboard the rocket will remain operational in orbit for the next three years and will survey the geosynchronous orbit. The satellite is integrated with an optical telescope which will help it produce the tracking data about satellites and the space junk in the extremely trafficked belt.

Running nearly three hours belatedly because of the climatic issues and tempest that postponed the launch to Friday to Saturday, the rocket successfully lifted off from Cape Canaveral’s launch pad and placed the satellite into orbit. The first three pacifist stages fired up in sequence over a period of the next three-and-a-half minutes and created an extravagant visual show as they forced the rocket out of the lower environment to an approximate height of 120 miles, nearly 328 miles east of the launch location.

Following a 10-minute shore, the fourth stage fired up for a one-minute glow, installing the vehicle into a planned 249-by-372 mile trajectory, stationed 24.5 degrees to the equator. After 10 minutes of the igniting of the fourth one, the fifth stage of the rocket propelled to circularize the flight path at 372 miles and to eradicate the slope, putting the spaceship on a route directly over the equator.

Almost twenty minutes following the launch, the 140-kilogram (310-pound) ORS-5 satellite aka SensorSat was pushed to fly on its own. The satellite, worth $49 million is designed and developed by the Lincoln Laboratory of Massachusetts Institute of Technology. It is equipped with a single yet highly powerful scientific instrument – a telescope which is intended to scrutinize both the military and civilian satellites in geosynchronous orbit; located some 22,300 miles over the equator.

Operated and supervised by the Air Force Operationally Responsive Space office, the small surveillance satellite will be positioned in a much lower course, and will repeatedly scan the geo belt above the equator for assisting the analysts keep track of present spaceships and any possible threats, either caused by opponents or down to the orbiting space debris.