Triumph Motorcycles, the largest British motorcycle manufacturer has added a new bike to its product portfolio in India by launching the all new Street Scrambler for the Indian markets. With a striking price tag of Rs 8.1 lakh (ex-showroom), the Triumph Street Scrambler will be available in the authorized retail outlets of Triumph across the country. As per design, the latest member of this modern classic motorcycle unit is based on the presented Street Twin with some new off-roading characteristics which are giving it a combined look of class and trend.

Earlier, the British bike maker already has launched a Scrambler model following its most famous Bonneville and the newer one is also based on the design of that Bonneville Street Twin which was given a Scrambler-like styling earlier. But the new one looks much finer and better than the existing one. Moreover, it also integrated with some improved technology which will give bikers a premium bike riding experience. The all-new premium motorcycle from Triumph Motorcycles is meant for both on and off-road riders.

As said by the spokesperson of Triumph Motorcycle, the look of the new model is inspired by the modified Scrambler model which was whirled by Chris Pratt in the Hollywood sci-fi movie ‘Jurassic World.’ With a 900cc parallel-twin engine, this multi-purpose bike is capable of turning out 54hp and 80Nm of peak torque. The previous one –the Bonneville Street Twin has the same engine capacity but in a little different state of tune. However, the later one seems a little bit more powerful. Other than that, both bikes also are sharing the same suspension design. 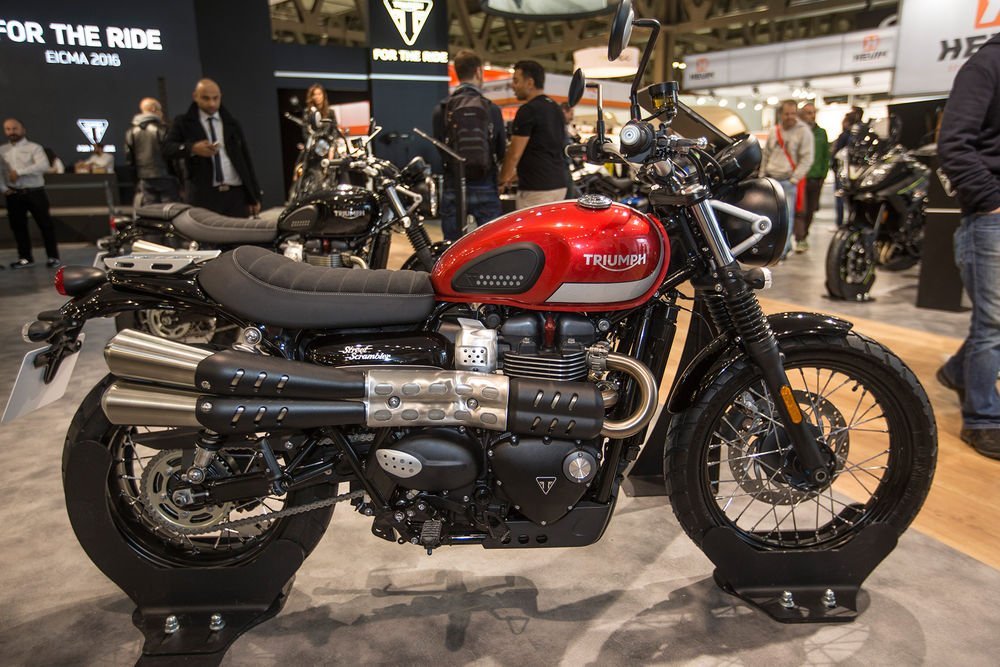 While the metal fuel tank features a knee-pad grip insert for providing a superior and more comfortable clutch, the handlebar has also been lifted a little bit up. Also, the bike also has gotten a split seat whose passenger seating part is transposable with an aluminum rack. The high-mounted double exhaust pipes alongside the classic wire-spoke wheels are seamlessly complementing the scrambler appearance of the bike.

Powered by the same 900cc, parallel twin, and liquid-cooled engine, the bike is mated to the eight-valve motor that produces 55PS, five-speed gearbox, and churns out a peak torque of 80Nm at just 2,850rpm. In the market, the Triumph Street Scrambler is expected to give a stiff competition to the Ducati Scrambler.