The next big thing in connectivity after 5G is Wi-Fi 6. This new protocol promises to keep up with the excessive data demands that we are consuming on a day-to-day basis. The Broadband adoption rate in a country such as India is still relatively low. While we have smaller and larger telcos pushing in Broadband, the speeds are still not optimal for the majority. So now, the idea of upgrading your router to a Wi-Fi 6 compatible one must be jarring.

At first, you might think how costly a new setup might be, but this is where TP-Link AX1800 Wi-Fi 6 router comes into the picture. TP-Link has made a reputation for providing cutting-edge tech to the masses without breaking the bank. This new router we have from them follows the same principles and promises to offer a lot. 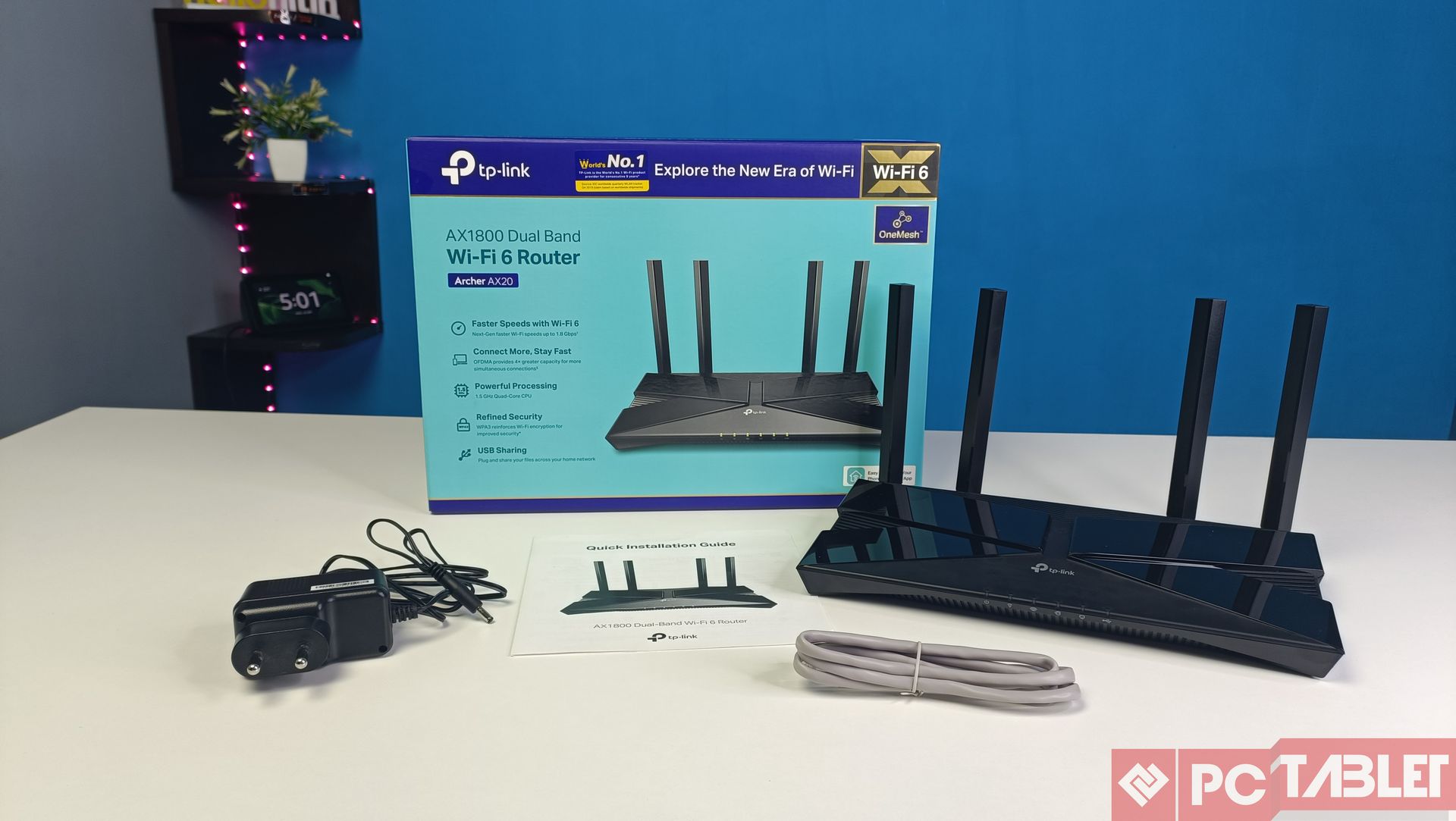 The design of the router is quite eye-catching. TP-Link hasn’t gone full-on futuristic with the design, but there are sharp edges and use of both glossy and matte bits. The entire construction of the router is done in plastic which looks and feels suitable for the amount of dough you are putting down here. 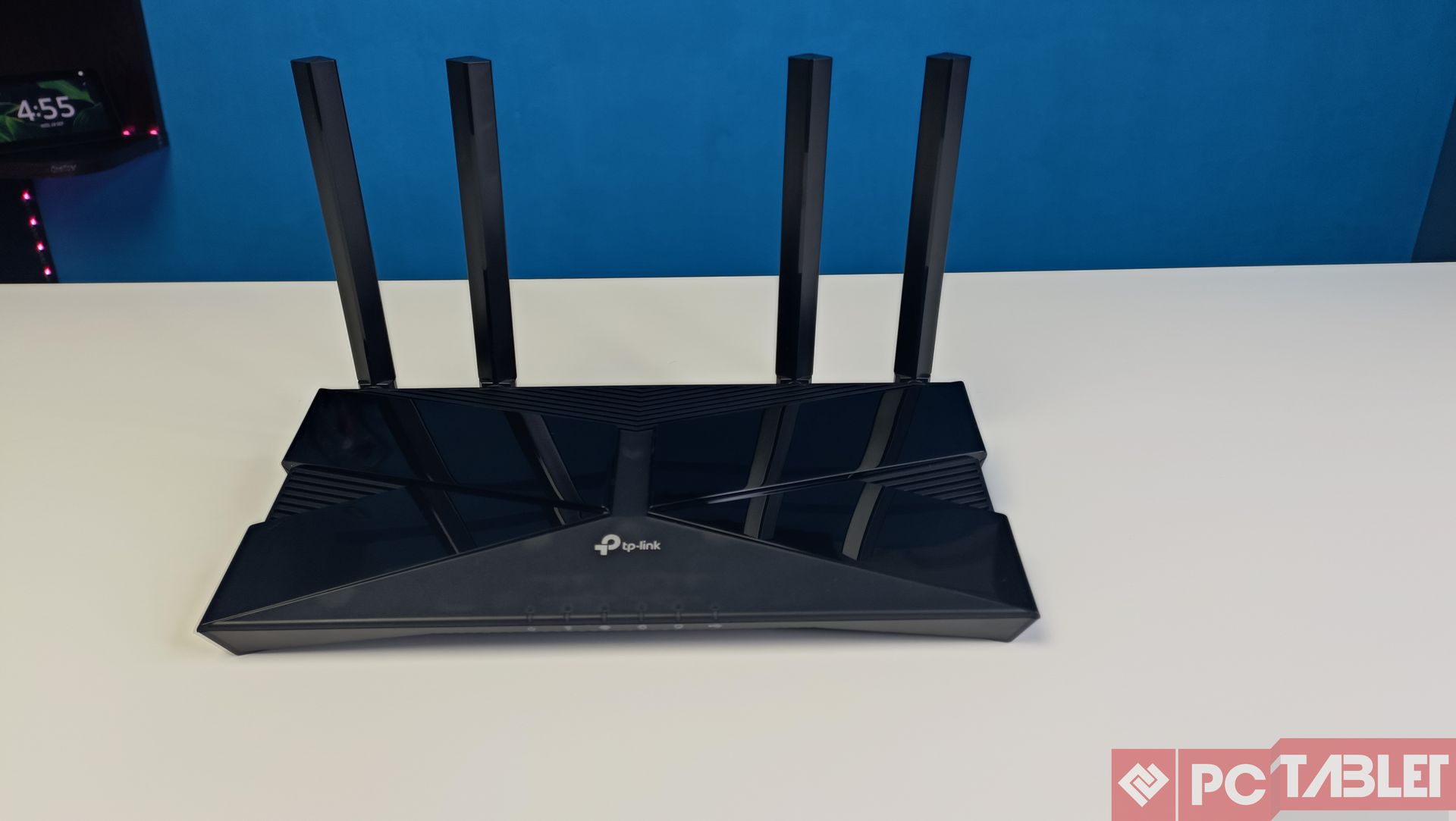 The Wi-Fi 6 routers belong to the Archer series, which has similar-looking products. You get four high-band antennas here, which come with a free range of motion. There are six status LEDs on the front, while the ports are found on the back. Taking a look at the back of the router reveals the port setup.

We see the WPS switch, reset button, and the status LED starting from the unit’s left. Net to them lies the single USB2.0 port, which can accept external drives—the single Gigabit WAN port is the next in line, followed by four Gigabit LAN ports. We also see the power on/off button and the barrel connector used to control the router. 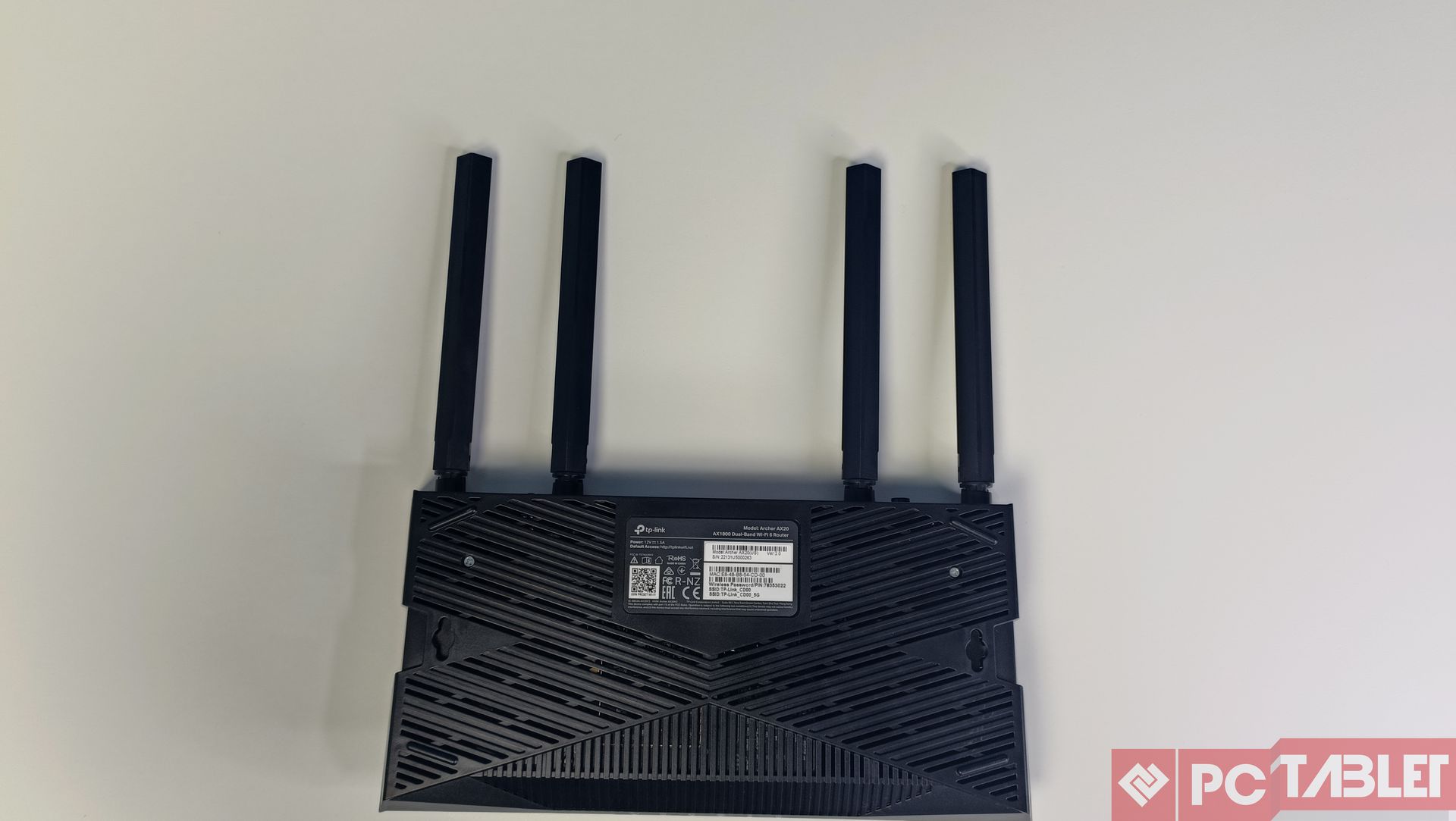 There are slits and venting areas found on the AX1800 Wi-Fi 6 router for better heat dissipation since this network equipment tends to overheat quite quickly.

The TP-Link AX1800 delivers reliable wireless performance with 570 Mbps in the 2.4GHz band and 1200 Mbps in the 5GHz band. With such speeds, every application feels more fluid with a drastically improved experience. In addition, this new Wi-Fi generation and the linked equipment make it perfect for 4K streaming, online gaming, and fast downloading. 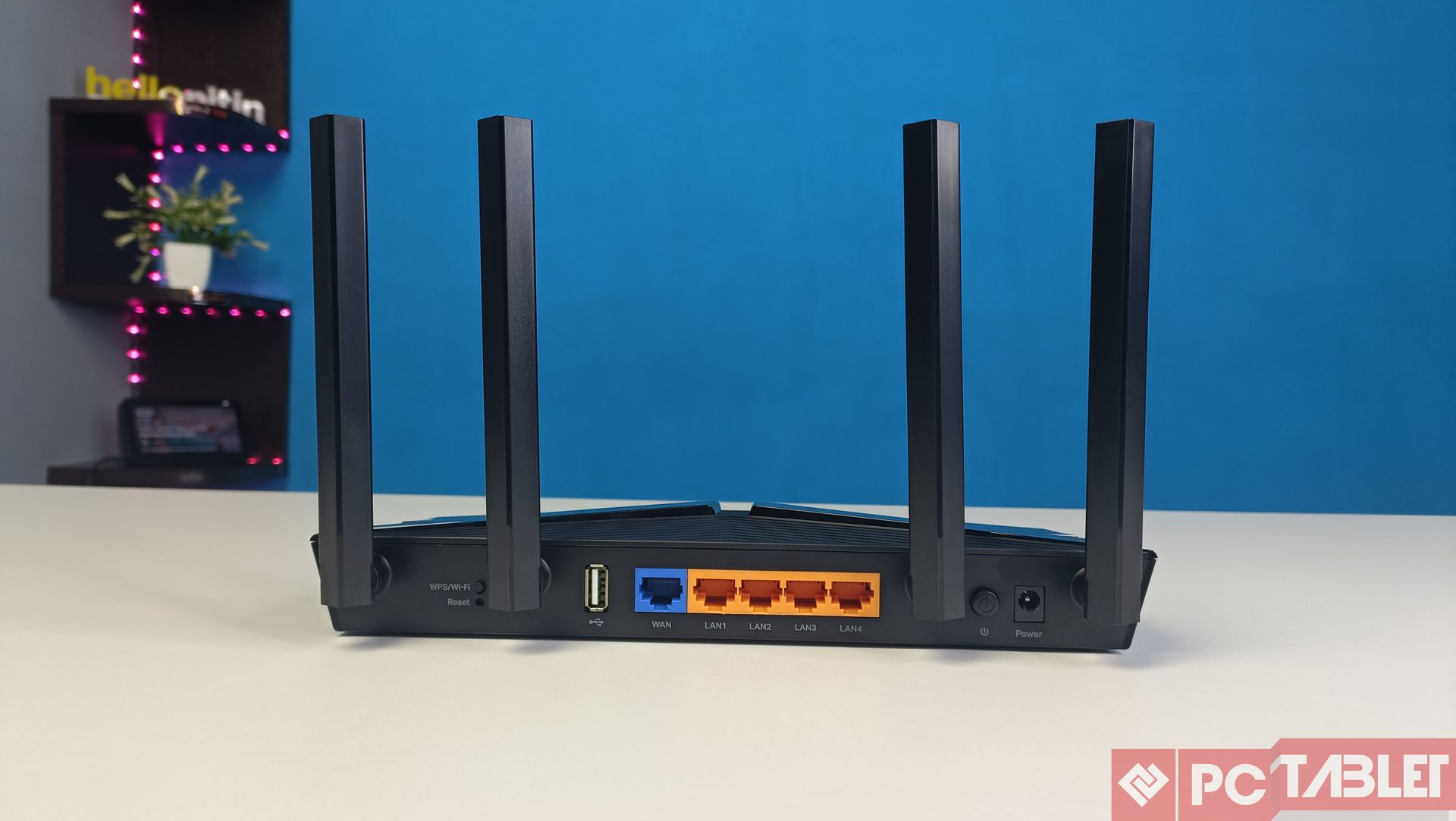 Setting up the AX1800 router is relatively straightforward. TP-Link has a Tether, which facilitates the setup and is available on both Android and iOS. You can either use the App or set up the router through the old-fashioned web interface. The advantage of the Tether app here is that it provides granular controls to control the router.

As mentioned above, the AX1800 router comes with four high-gain antennas that adapt Wi-Fi coverage to perfectly fit your home. They use the Beamforming Technology and ensure all the connected devices get the same speeds and signal strength. Since the pandemic, our data needs have significantly increased, and we now have got dozens of devices at home. In addition, the AX1800 comes with OFDMA, which future-proofs your home networks by providing greater capacity to connect more devices. 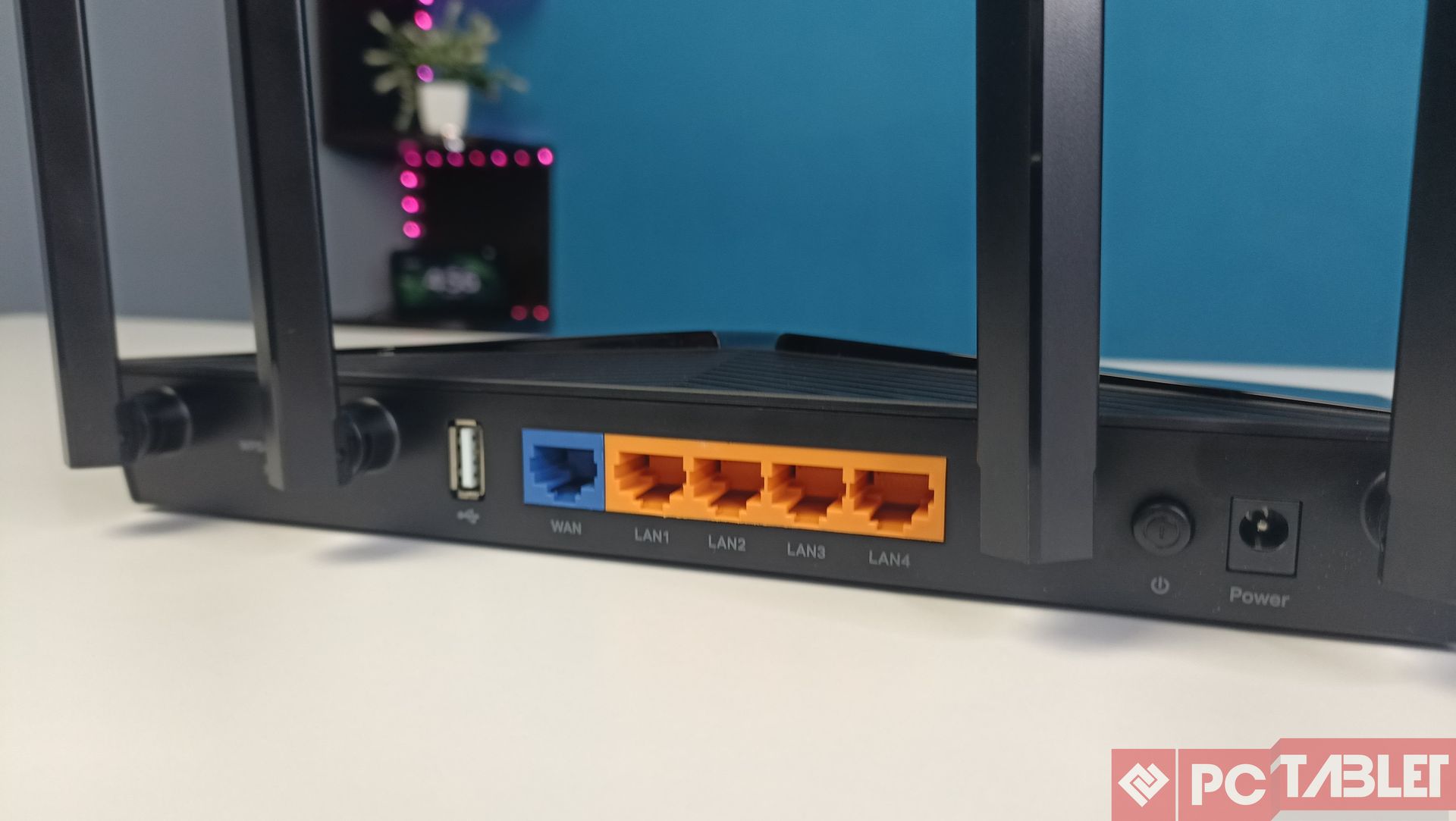 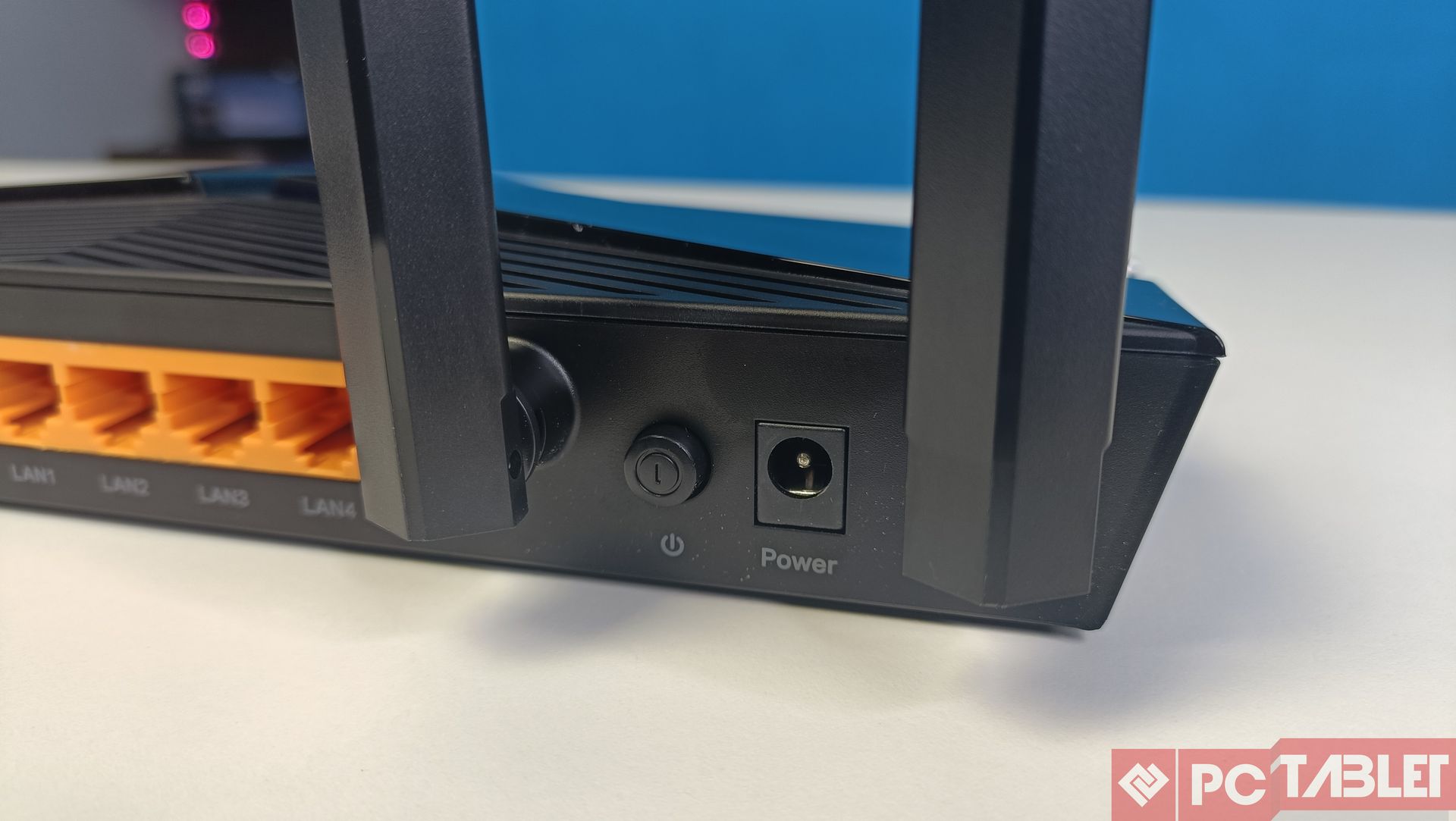 We also get the latest Wi-Fi security protocol, WPA3, which brings new capabilities to improve cybersecurity in personal networks. It also provides more secure encryption in Wi-Fi password safety and enhanced protection against brute-force attacks. Another advantage is the availability of the TP-Link OneMesh, which is basically a way to form a Mesh network with a single Wi-Fi name for seamless whole-home coverage.

During our testing period, we connected a number of devices to the AX1800 Wi-Fi 6 router. Depending on the device and the hardware used, we got satisfactory results with the router. The speeds stayed consistent; we didn’t notice any connection drops. In addition, we quite liked the companion app, which gave us control of the nitty-gritty stuff and left us satisfied with the overall experience.