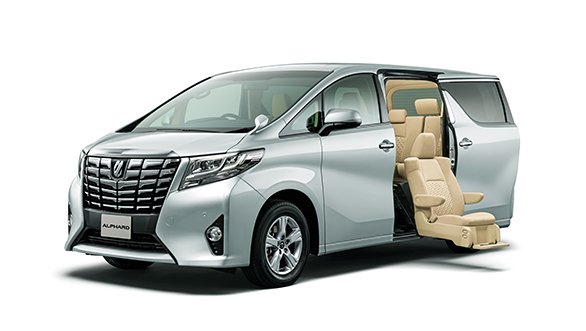 Toyota is reportedly considering the India launch of its Alphard MPV, however, an exact timeline has not yet been announced. If the news turns out to be true, it would be a curious move from the Japanese car manufacturer, given the hefty price tag the luxury MPV will carry when it launches. Several reports suggest the MPV will carry a price tag of around Rs. 50 lakh, putting it above several European luxury SUVs and sedans that Indian buyers can choose from. That said, the company believes that the Indian buyer will readily accept the concept of a full-size luxury MPV, given the promising sales figures of its top-of-the-line Innova Crysta MPV, which sells for around Rs. 26 lakh in the Indian market.

If it launches, the Toyota Alphard MPV will try to attract Indian buyers with its bold design, super spacious and luxurious interiors, along with a raft of features and the hybrid powertrain. Under the hood, the Alphard gets a 2AR-FXE 2.5-litre Atkinson cycle engine bundled with an E-CVT gearbox borrowed from the Toyota Camry Hybrid. The engine churns out 152 PS of power and 206 Nm of torque. The drivetrain is mated to a 6-speed automatic transmission.

Coming onto the interiors, there are three rows of seats which offer more than enough head, shoulder, and legroom for passengers as well as the driver. Besides, it will also provide sufficient luggage space for large bags and heavy suitcases without having to fold the last row of seats. In fact, users have the option to simply push the third row further ahead to create more baggage space when required, without affecting any leg room. In addition, the cabin gets plush interiors with a beige leather upholstery, high-end audio and infotainment systems, along with a 360-degree view sunroof offering a panoramic view of your surroundings.

With several manufacturers including Toyota facing the aftermath of the diesel ban, bringing a Hybrid motor in India could have a positive impact on the company. Besides profitability, it has the potential to showcase the company’s commitment towards the environment.