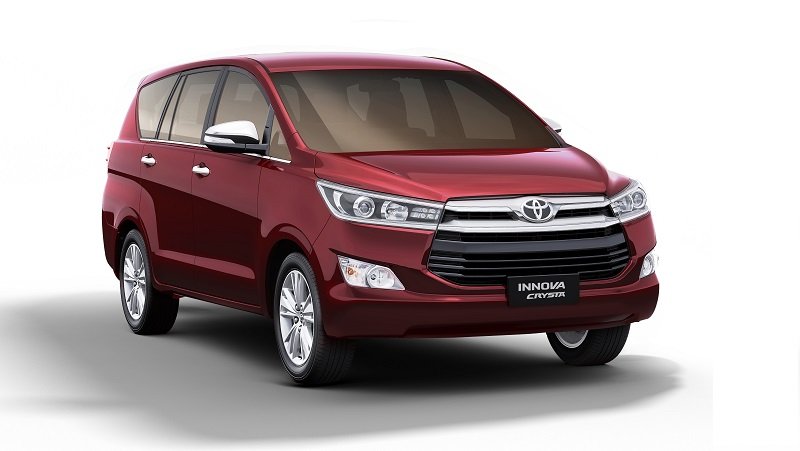 Toyota India is reportedly ready to launch the petrol version of its Innova Crysta in the country. While Toyota dealers across the country have already started accepting bookings of the car.

The petrol version of the Innova Crysta gets powered by a 2.7-litre, 4-cylinder, DOHC petrol engine, capable of churning out 166bhp and 245Nm of peak torque. Apparently, it’s the same engine found on previous-generation Innova petrol found in other International markets. However, the motor for the Innova Crysta gets upgraded with Dual-VVTI which belts out more power compared to the earlier 158hp of output.

To recall, the diesel variant of the Innova Crysta was launched in May 2016 in two variants – a 2.4-liter unit that produces 148bhp and a 2.8-litre engine variant that churns out 172bhp. However, owing to the Supreme Court’s ban on booking of diesel cars with engines higher than 2000 cc means that the Innova Crysta cannot be sold in Delhi-NCR region. This eventually led Toyota to launch a petrol version of the Innova Crysta.

Despite the Supreme Court ban which has affected the launch of the diesel variant in one their key markets in India, it has already received an overwhelming response from other regions in India with over 15,000 bookings since its launch. In July 2016, the company sold 7,800 units of the Toyota Innova Crysta, accounting for more than half of the 12,404 units of the overall domestic sales, an increase of 2.76 percent compared to the same period last year.

In other related news, the Japanese automobile giant is also planning to bring its Lexus brand in India. It’s the company’s top-of-the-line luxury brand which has a slew of mid-sized luxury saloons and SUVs sold under its name across the globe. The premium Lexus brand was initially introduced in the United States, primarily created to differentiate the company’s premium offerings from its Toyota brand.

Toyota will reportedly focus on bringing hybrid models of the luxury brand in India, as they can avail benefits of FAME (Faster Adoption and Manufacturing of Hybrid and Electric vehicles), as it results in low import duties and helps them to keep prices in check.