Time flies fast. 2015 will come to an end within the next few days and a new year with fresh hopes will be born. It’s time to take a look at the various technological advancements which we saw in 2015. These new inventions will definitely enhance productivity of users to large extent in the years to come. 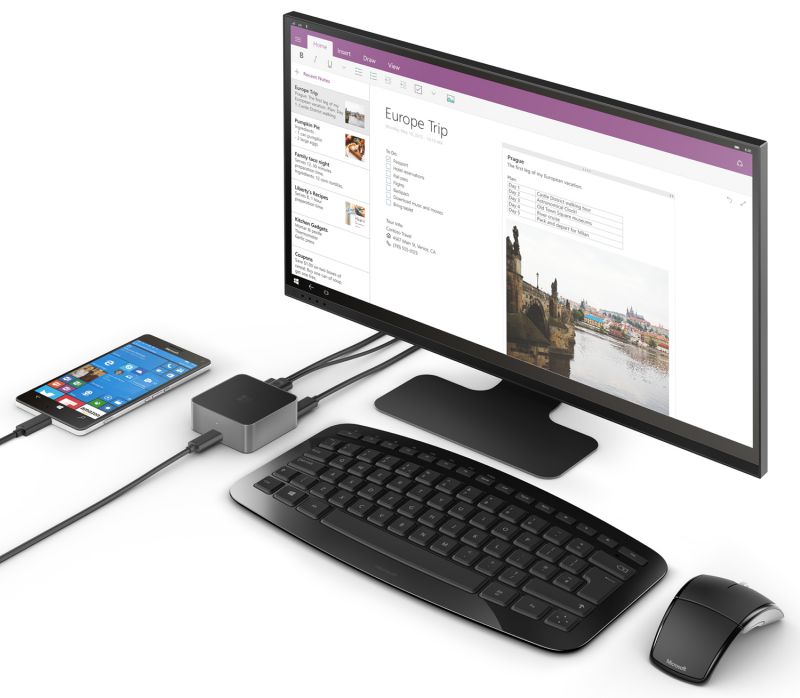 With the help of Microsoft Continuum, you will be able to connect your Microsoft phone to either monitor or TV with the help of the provided dock or adapter. You just need to work on your phone as usual after establishing connectivity and you can view the content on the large screen. It is also possible to connect a keyboard and mouse.

Windows Hello enables you to sign in to your Windows 10 devices just by looking on it or by a touch without requiring you to provide any password. Currently, Surface Pro 4, Surface Book, and most PCs with fingerprint readers provide support for Windows Hello. Microsoft is expected to release more devices with face recognition and iris in 2016. The system will prompt you to add a PIN before you can configure Windows Hello.

First introduced in iPad Pro and iPhone 6S/6S Plus, 3D Touch automatically detects the level of force exerted on a touchpad or display device and responds accordingly. The technology makes use of tiny electrodes around the display to distinguish various activities and then performs action based on the level of force of the input. For example, if you tap gently on the display, the display will recognize it as single click.

Dual curved screen is a combination of two kinds of displays. It features curve not only from top to bottom but also appears flat and curved on the right side. There are reports that Huawei is currently working on a smartphone with this display. Samsung had launched a Television with curved display few months back. Also, the Galaxy S6 Edge and Edge+ have the dual sided curved display in them. The curved display provides excellent picture quality when viewed in any angle.

USB Type-C is a tiny physical connector that provides support for USB 3.1 and USB power delivery (USB PD). The Type-C is very small and only one third of the former USB Type-A plug. You only require a single cable which ever device you are using. Moreover, you need not have to worry about which side you need to connect since you use both ends.

Type-C USB will provide support for USB 3.1 with the speed of 10Gbps and has much high power output of up to 20V(100W) and 5A. Hence, you will be able to charge future laptops in the same way as tablets without any power bricks. Type-C USB is expected to provide support for bidirectional power and will significantly cut down the amount of wires.

Huawei is planning to launch 4.5G in 2016. 4.5G networks are expected to support latency rates of around 10 milliseconds, peak downlink speeds of around 6 Gbps, and the ability to support 100,000 connections within a single square kilometer. This technology can be used to enable the deployment of networks for smart cities. In future, we can expect out smart cities and railway stations to be equipped with 4.5G.

5G is the new generation extreme broadband which provides robust and low latency connectivity. You can expect network speeds as high as 10Gbps and will be useful for a wide range of industries ranging from IT, car, entertainment, agriculture and manufacturing industries.

Li-Fi (Light Fidelity) is a bidirectional, high speed wireless technology. The term was coined by Prof Harald Haas and is expected to be 100 times faster than Wi-Fi, reaching speeds of 224 gigabits per second. It makes use of visible light communication or infra-red and near ultraviolet spectrum and is capable of carrying more data.

Samsung’s Graphene extends the life of a lithium-ion battery to double its current capacity on a single charge. The technology replaces the graphite anode with graphene-coated silicon to produce batteries with a higher energy density than the current batteries. The Graphene technology can be used not only in smartphones, tablets and smart watches but also in electric cars and solar power plants.

Powerwall enables you to charge with the help of electricity generated from solar panels or when utility rates are low and provides adequate power supply in the evening. It also provides backup electricity during power failures. Powerwall was launched in Los Angeles on April 30, 2015.

OLED is the short for organic light-emitting diodes and is regarded as emerging display. It comprises of solid state devices with thin films of organic molecules that create light with the application of electricity.

OLED display is capable of providing brighter and crisp displays on smartphones and tablets and makes use of less power than LED or LCD. The upcoming iPhone 7 and 8 are expected to ship with OLD displays. OLED displays are manufactured using small molecules and produced using evaporation processes.

Interested In Sports Online? Here’s What You Should Know First

A guide to motion design principles

2 hours ago
There are no comments yet No comments