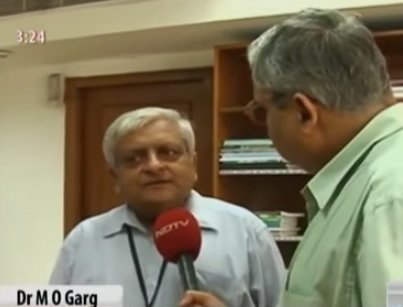 Top Indian scientist Dr MO Garg, who heads the Council of Scientific and Industrial Research (CSIR), was denied a US visa, reports The NDTV.com on June 24, 2015.

Garg was to travel to the United States for a three-day conference that started on June 15 in Ohio.

Dr Garg’s passport was submitted to the U.S. Embassy 20 days ago and its still not been returned to him.

But according to the U.S Embassy spokesperson Joe Kruzich, Dr Garg was not denied a visa, and it’s in the process.

He said, “”The visa has not been refused, it is in process. We hope he will be able to travel next week.”

The conference that Dr Garg was supposed to attend ended on June 18, 2015.

The CSIR is a prestigious Indian research organization with more than 4000 scientists working for it. It has 38 labs across India with an annual budget of Rs. 3800 crores.

This is not the first time that Dr Garg was traveling to America. He has visited the U.S more than ten times in the last 30 years.

Out of the 30 patents that Dr Garg holds, six of them are registered in the United States.