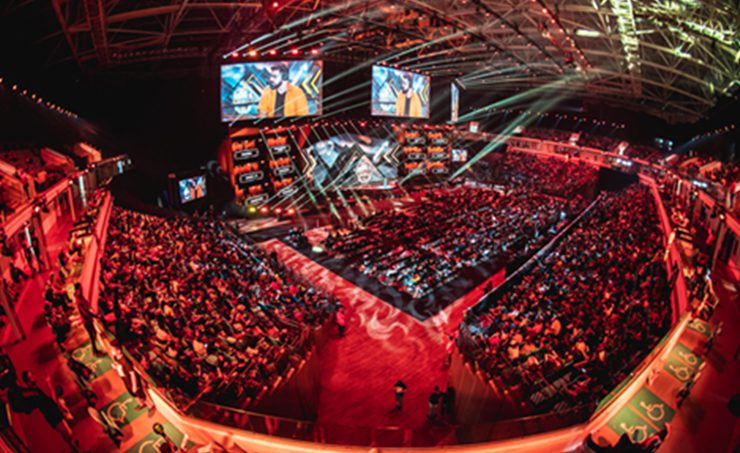 Professional eSports tournaments have gained massive popularity over the years; no wonder players who manage to win one such tourney receive outrageous prize money. eSports events have essentially transformed the gaming culture, captivating spectators everywhere. Drawing competitors from around the world, there’s no better place to showcase your gaming skills than in an Esportz4u tournament.

So which are the biggest eSports tournaments in the world, and where are they held? In this article, we take a closer look at the top five eSports events across the globe. So, without wasting a beat, let’s dive into the world of eSports gaming and prepare you for the ride.

DOTA 2 has acquired a massive fanbase in the eSports scene. With such a huge following, the annual world championship in Dota 2 broke the record for a prize pool in eSports for nine years at a stretch. The event has set the benchmark for crowdfunded prize pools in eSports history. It has been able to maintain the constantly increasing prize pool and level of popularity. Check out these free documentaries titled “Free to Play” and “True Sight” to witness this event in all its glory.

League of Legends World Championship, popularly known as ‘Worlds,’ can be hailed as one of the biggest when it comes to popularity. Being arguably one of the most popular 2021, the League of Legends World Championship offers one of the highest prize pools, making it one of the most significant eSports events when it comes to prize money. Not to mention, the tournament breaks viewership records every year compared to previous years, which says a lot about the popularity and scale of this event.

Epic Games put the biggest Fornite event to date back in 2019 at the iconic Arthur Ashe Stadium, best known for hosting the US Open for over two decades. The event handed out the biggest prize win for any eSports athlete. Kyle “Bugha” Giersdorf amassed a grand prize of 3 million US dollars after an insane ten-week placing period between April to June 2019 in the solo finals. Meanwhile, David “aqua” W and Emil “Nyhrox” Bergquist Pedersen shared $3 million for winning the duo finals.

Despite the COVID 19 pandemic, the 2020 Honor of Kings World Champion Cup was the most prominent mobile eSports tournament in history. Hosted in Shanghai and Beijing, 12 of the best teams locked horns for the number one spot. The game is a multiplayer battle arena specially created for the Chinese App Mobile Market. The 2021 Honor of Kings Wold Champion Cup, the sixth instalment in the series since its beginning in 2016, saw the prize pool rise from 32,000,000 CNY to 50,000,000 CNY ($7718487 approx.)

The Evolution Championship Series, popularly known as EVO, can be described as the granddaddy of tournaments when it comes to fighting games. The first EVO was held back in 1999, and since then, there’s been no turning back. The event hosts top fighting game contestants from across the globe. In addition, it boasts a wide range of fighting games from Street Fighter, Mortal Kombat, Super Smash Bros., and Mortal Kombat, to name a few. Hence, EVO is arguably one massive tourney that isn’t going anywhere anytime soon.

The playoffs of the 2020 Call of Duty League Championship witnessed one of the biggest prize pools in eSports, despite the fact that most of the league’s inaugural season took a hit because of the COVID 19 pandemic. Following a close match between the two finalists, the winner took home $1.5 million for bagging first place in the 2020 Call of Duty League Championship, out of the total prize pool of $4.6 million.