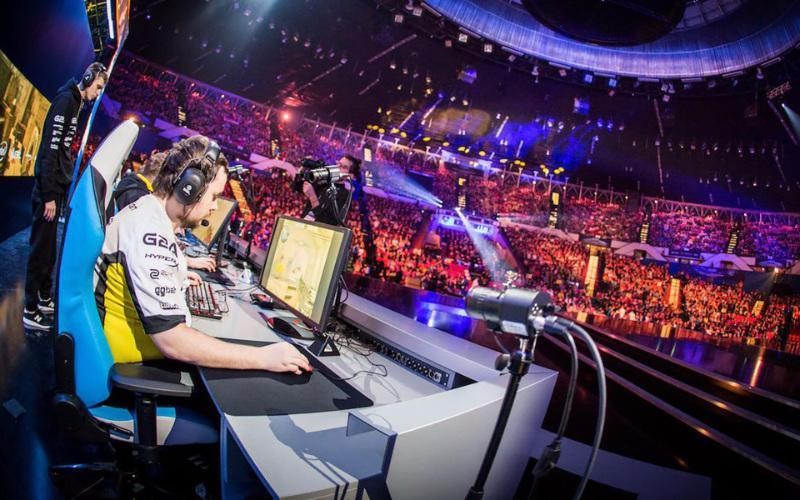 eSports in Asia is a booming market. Evidenced by the number of quality competitive gaming teams and organizations in the region. As things stand, Asia generates some of the best talents in video gaming.

The story is similar to League of Legends. The video game culture of South Korea is mainstream. Walk down the street in Seoul and you’ll see video clubs and cafes filled with young people playing. It’s become a dominant form of socializing in the country’s youth.

The result of this culture is South Korea’s dominance in eSports. Some of the most talented video gamers in the world come from South Korea. Today, we take a look at the top Asian eSports teams:

We will take a look at what made them so successful in the first place. Many of these organizations focus on more than one game. At the same time, most shine in one title above all else.

Paris-Saint Germain decided to launch an eSports team and shortly after merged with Chinese eSports powerhouse LGD. With headquarters in China, PSG.LGDS is one of the most impressive Dota 2 establishments to date.

The team almost won The International in 2018. That was only a short time after it the team’s formation. Just qualifying for the event that quickly was an impressive feat. PSG.LGD has not won a Dota 2 The International. Despite this, the team has amassed a total of $15 million in winnings.

PSG.LG has competed in 91 events to date. That number will continue to rise. The organization is doing its best to stay competitive in the Dota 2 world.

Global eSports is an established name in eSports in India. They offer some of the best players in Counter-Strike: Global Offensive. India has, somewhat, lacked a presence in global competitive eSports. Global eSports is attempting to change that. Showing the rest of the world that India is capable of delivering high-level eSports competition.

Seoul Dynasty represents the South Korean capital in the competition. The team is one of the most prominent names in competitive video gaming. They are one of the best teams in the Overwatch League. The team has amassed a small fortune in prizes.

Overwatch is not a new game. Through the efforts of teams like the Seoul Dynasty fans’ love for the game lives on. The team is very consistent in its great results in the Korean eSports league. Seoul Dynasty is one of the best-performing teams in the league. It seems they will continue dominating the highest echelons of eSports for the near future.

TNC Predator is a team in the Dota 2 scene. They have been dominating Multiplayer online battle arena (MOBA) competitions in Southeast Asia of late. The team evolved from an Internet café franchise and rose to prominence fast.  They are a force to be reckoned with in the region’s Dota 2 arena.

TNC Predator was unknown during their Dota years, as the game wasn’t so prominent. Once Valve began investing in competitive gaming in 2011, it rose to prominence. TNC became an example of what competitive Dota 2 should be about and how aspiring pros should get there.

The Shanghai Dragons are a Chinese Overwatch League team. The team’s players are some of the most capable South Korean players. When it comes to the Overwatch League, South Koreans continue to dominate. The Dragons are the home team for the city of Shanghai. In the world of eSports, there is nothing bizarre about foreign players. The  Shanghai Dragons are an example of the future for Asian eSports. International players face each other in the highest levels of competition.

eSports is exploding in popularity worldwide. There have been many driving factors in this phenomenon. The pandemic’s closing of traditional sports venues was one factor, but not the only one. The high level of competition coming from gamers across Asia has been a huge positive for the industry. eSports is spreading worldwide but Asia still holds the best teams and players.