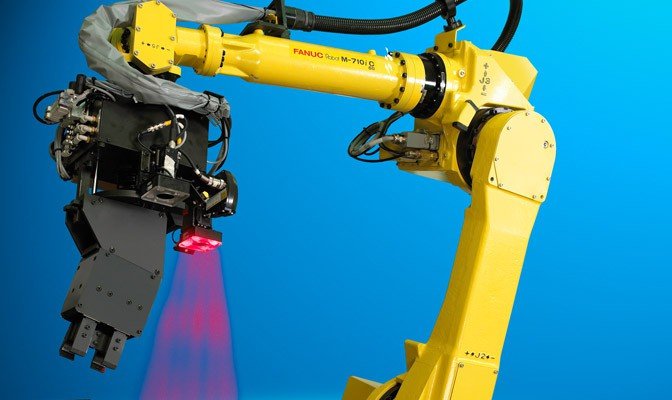 While some people were skeptical about the introduction of robots into key sectors of the economy, they’re proving to be of good value.

Industries such as manufacturing, automotive, logistics, and even health care all derive the most benefit from industrial robots’ functions. Although primarily seen as a tool for human replacement, robots are, in fact, complementary to human operations.

The human-machine partnership brought significant strides in making industrial processes smoother and faster. Let’s take a look at some of the prevalent ones.

The continuous repetition of a task with the same consistency often results in higher production rates. Workers in various industries find it hard to fully concentrate on one task and, thus, compromise on quality. You may discover inconsistent results when entirely relying on human labor.

Robots, on the other hand, produce outstanding results when assigned tasks of any nature. Giving robots repetitive operations like machine assembly, for example, makes it more predictable and precise in its functions.

Other subtle machine undertakings include:

Prioritize your company’s productivity demands by sourcing industrial robot manufacturers who show you the best robots for your type of business. Many of these robots function 24/7.

No matter the type of industry you’re in, compensation for manual labor takes up a considerable chunk of the revenue. While the need for human touch will always remain, companies can now cut costs by downscaling human functions in specific sectors.

Entertaining the idea of replacing workers with machines may seem costly at first but proves a valuable investment for the long term.

Some of the immediate, cost-effective functions of robots are:

While some continue to pedal the notion that robots came to replace human labor, they’re instead creating opportunities for more straightforward and less aggressive work.

A robot cannot fully function independently, and as such, employees with skills in controlling, maintaining, or servicing robots will now take on these duties and leave the hard, manual work.

With the introduction of robots, companies don’t see the need to export functions such as arc welding. They instead leverage automatic robotic functions for such services and strive to keep the operations local and, as a result creating more employment opportunities.

So far, the partnership between robots and humans remains productive and mutually beneficial.

The dull, dirty, and dangerous tasks often intimidate workers. No one wants to maim or injure themselves in the line of duty. Musculoskeletal deformations, for example, are common among employees in the manufacturing industry who engage in repetitive tasks.

With robots, however, such operations become easy to undertake and risk-free. Due to their structural design, robots can work in harsh and hazardous environments, performing continuous activities, and still produce the same quality.

Their error-free nature allows them to handle life-threatening situations like chemical spills and fire breakouts.

Keep your workers out of harm’s way by incorporating robots into the everyday functions of your company.

Although to some, the arrival of robots spelt doom and gloom, it was a case of perfect timing to most workers. Working on monotonous tasks brought a sense of despair and, as such, made the working atmosphere dull.

Having robots around relieves workers of such obligations and allows them to focus on more engaging activities that keep them happy.

While no industry can claim to benefit from robots more than the other, specific sectors have seen a boost in operations. Robots come with a host of benefits that any company can profit from, like increased productivity, reduced costs, safety assurance, and better jobs.