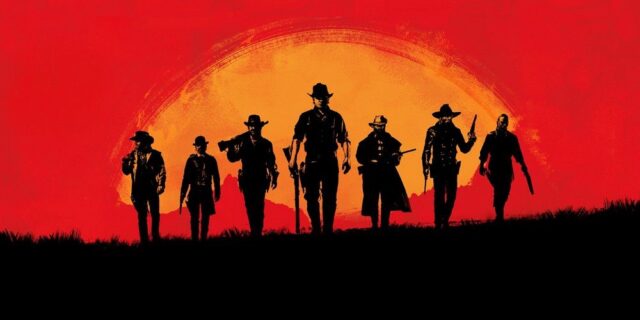 If you think that 2016 was a good year for gaming, think again. With titles like Red Dead Redemption 2, Super Mario Odyssey, StarWars, and more on the way, there’s a lot in store for us gaming nuts this year. Hence, we’ve compiled a handy list of the top 10 anticipated games of 2017. Without wasting a beat, here’s our list of some of the upcoming game launches that we’re really stoked about.

RockStar officially broke the ice saying that a sequel to the original Red Dead Redemption is on its way. Details about Red Dead Redemption 2 still remain scarce at the moment. The game was scheduled for a fall 2017 release, but Rockstar recently announced the game’s release has been delayed until Spring 2018.

On its official website, Rockstar explained the reason for the delay stating that: “some extra time is necessary to ensure that we can deliver the best experience possible for our fans.” However, the company did release a new batch of screenshots from the upcoming title to soothe ardent fans. Rockstar also promised more details about the game sometime in summer, possibly sometime around E3 2017.

Call of Duty is finally going back to basics after years futuristic warfare. The upcoming title in the series, simply called Call of Duty: WWII will take players back in time. The game is slated for a release on November 3.

As expected, the game is set against the backdrop of World War II. Missions would range from the D-Day beach landings to the Battle of the Bulge. The game has been in development for two years now with Sledgehammer Games who are in charge of the 2017 edition of the Call of Duty series. Activision took help of Martin Morgan, a World War II author and historian, to ensure the game is factually accurate.

The new Super Mario game on the newly launched Nintendo Switch console is on its way. Due in holiday 2017, it’s still a long way to go before we can get our hands dirty. That said, it’ll be worth the wait. The game is said to be a 3D version of the classic Super Mario 64. And going by early teasers and screenshots, we’ll have to keep an eye out for this one.

Shadow of Mordor, released back in 2014 received rave reviews across the globe. No wonder the title is getting sequel later this year. Just like the original title, the upcoming game will also be set between the Hobbit and the Lord of the Rings. Players will don the role of Tailon and will be tasked to go past Sauron’s men picking up battles and seek vengeance against the Dark Lord.

Besides, the game will also feature the return of Shadow of Mordor’s unique Nemesis System, where enemies you defeat in battle grow stronger and will fight you again. Middle Earth: Shadow of War is expected to release on August 22 for both the Xbox One and PS4.

The popular hack-and-slash exclusive from Sony is all set to get a fresh start with the upcoming God of War title. Players will most likely don the role of Kratos who now sports a beard, along with a giant ax instead of dual-blades. Not to forget, the grumpy old Kratos is shown how to be a good dad in the game. At E3 2017 showcase last year, Kratos was shown teaching his son some hunting skills.

Subtle gameplay elements also appear to have been tweaked. For instance, the camera is much closer in the new game with a more behind the back view as opposed to the third person seen in past God of War franchises.

Activision has been releasing new trailers as we get closer to the game’s official release. Built from scratch with brand new animations, Crash Bandicoot Insane Trilogy releases on June 30 on the PlayStation 4. The game will stick to its roots, though will feature redesigned levels, characters, and cinematic based on the original title. It’ll also be compatible with the PS4 Pro.

The first Star Wars title had great graphics, killer sound effects, but was criticized for the lack of content and storyline by fans of the franchise. Its sequel Star Wars Battlefront 2 releases in November 2017, and it appears DICE has fixed some of the glaring shortcomings of its predecessor for its sequel. You’ll don the role of Empire Commander Iden Versio, who seeks revenge after the seeing second Death Star explodes in the sky.

Project Cars 2 is also slated for a release later this year. The game is coming for the PS4, Xbox One, as well as the PC, though an exact release date is yet to be confirmed.From what we’ve seen so far, predecessor the game looks more detailed and expensive predecessor. Besides, there’ll be over 170 licensed cars to choose from, including the Mclaren 720S supercar. Elsewhere, Project Cars 2 will also support both Oculus Rift and HTC Vive, while PS VR compatibility is also expected to arrive later.

The latest screenshots from Project CARS 2 look absolutely jaw-dropping. Bandai Namco has released a bunch of new shots of the environments and cars that’ll be found in the game, along with a new behind the scenes video of the game.

The crossover fighting game that everyone happens to like, Marvel Vs Capcom is also set for a 2017 release across all platforms. That said, fans of the franchise will bump into some notable changes. For instance, three-fighter entries have been replaced by two-on-two battles. Besides, there’ll be no assist attacks. However, players can further enhance their skills by using the Infinity Stones mechanic. Also, new characters in the roster include Captain Marvel and Mega Man X.

The new beta for the game was finally released in April, and things look rather promising for the next installment Gran Turismo franchise. While it lacks the glitz and glamor of Project Cars 2, but it appears to have all the right ingredients to be a great driving simulator. The game has been announced for the PlayStaion 4 and PlayStation 4 VR, though a tentative release date still remains a mystery.