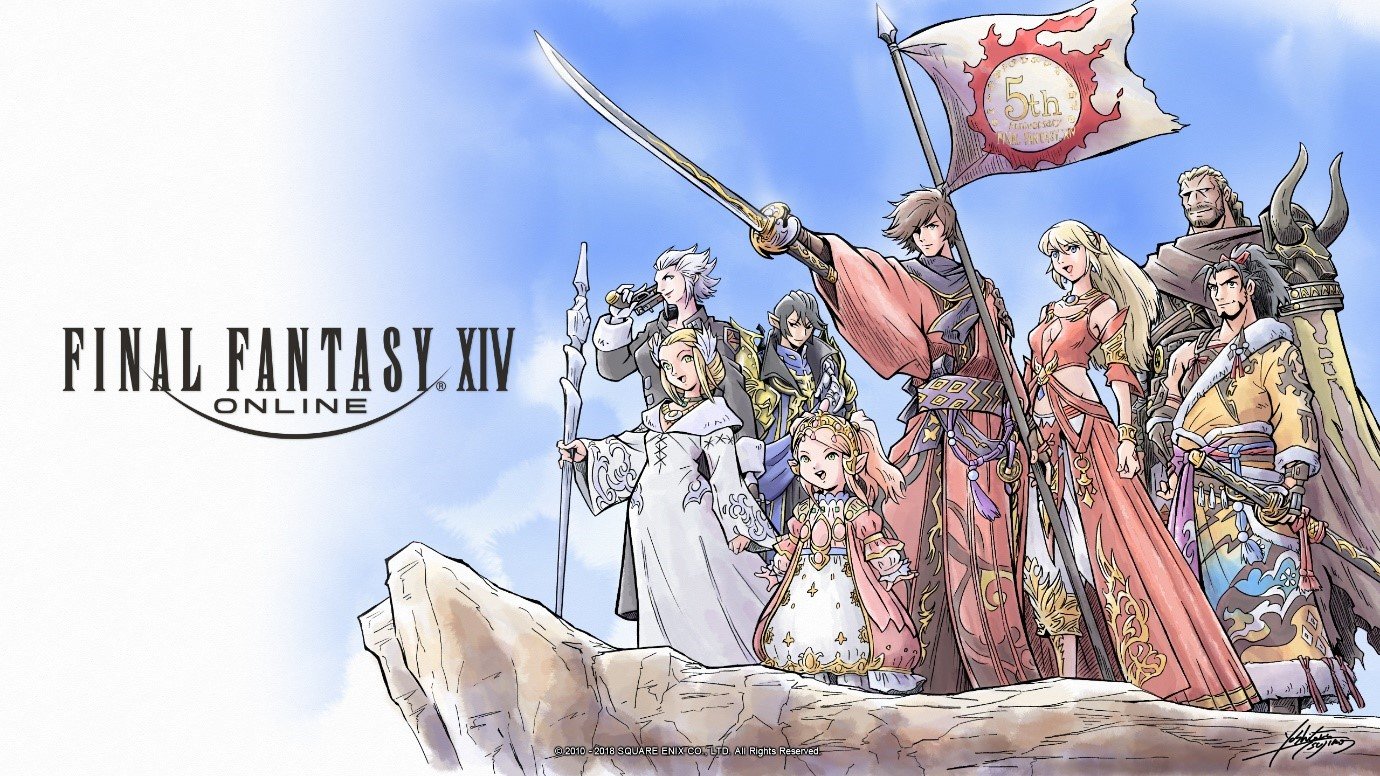 Final Fantasy XIV is a massively multiplayer online role-playing game (MMORPG) for PC, it is developed and published by Square Enix in 2010. Final Fantasy XIV is a free to play the game but only until level 35, to continue, you have to pay a monthly subscription of $12.99. This monthly subscription is worth to be paid because Square Enix got mountains of contents to offer. There’s always a challenging mission to complete, or a mystery to be solved.

Many classes and playstyles to choose from

There is a huge range of classes to choose from such as Warrior, Paladin, Monk, Dragoon, Bard, White Mage, Black Mage, Summoner, Scholar, Ninja, Dark Knight, Astrologian, and many more, each with a different role and primary class. There are four roles of those classes mentioned which are Tank, Melee Physical DPS, Ranged Magical DPS, and Healer. You can level them all up on a single character. Players can swap between classes by choosing the weapon of the class. The freedom to decide who or what you will be in the game is given to the players, and the choices are also a lot so there are plenty of tricks and strategies to be tested in the game.

By playing Final Fantasy XIV, players can actually earn real money, just by selling in-game items through an online platform called Eldorado. It is a next-generation market for in-game items and it is available for quite a lot of games. Eldorado provides 100% trading protection, accurate delivery-time tracking. You can buy or sell FFXIV Gil safely with 24/7 live support, and automated selection of best offers. FFXIV Gil is the most widely accepted form of in-game currency.

The graphics are improved to give the best resolution for the players where the world is rich in vibrant colours. The audio has been set properly to give the sharper tones which people expect to hear. The soundtracks were also amazing and very in tune with the game. Besides that, the sound effect is in its top notch. After getting familiar with the game, you will be able to differentiate every ability just by hearing them being performed. You will certainly be curious to try out this game where every aspect of the game had been pushed to its limits to give you the best gaming experience.

Each central character has been developed well enough to star in their own mainline. Those cut scenes are usually worth to watch rather than just skipping them. When you play the game, you will be kept busy with all the missions, besides missions, there are also other fun activities like Triple Triad. What is waiting for the players who have been playing for long is the end game which is a harsh mission to complete, if you managed to succeed, you will be showered with great rewards, but if you fail, it would also be your greatest pain. Passing the end game requires a lot of practice, raids, and preparations.

The game already has hundred thousands of subscribers and will keep on increasing in the future with the launch of Shadowbringers. Play the game carefully and not rushing things because you will miss the amazing things to be discovered in the game, truly a great game made by Square Enix, definitely, a must try game for those who are looking for a game to play daily.