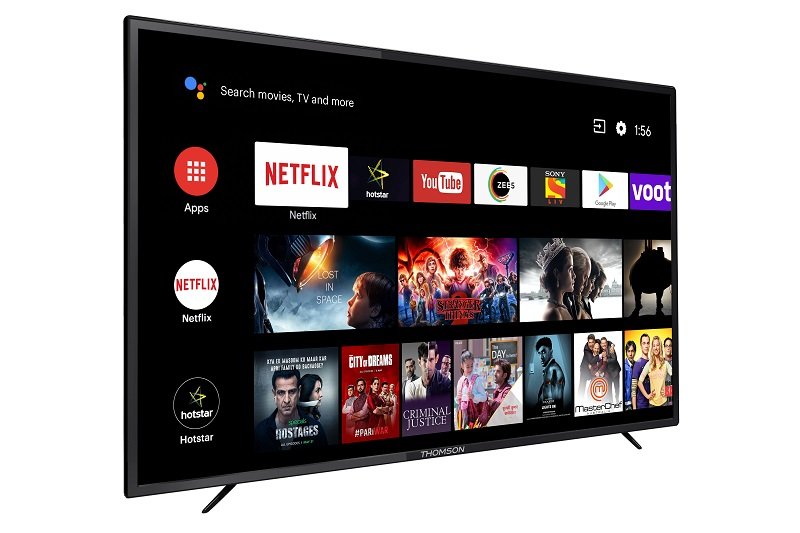 French television-maker Thomson has launched its new range of 4K Android smartTvs in India. These new smartTVs from Thomson are offered in a choice of four screen sizes starting at a price tag of INR 29,999. These include a 43-inch model, a 49-inch model, 55-inch model, and a 65-inch model.

In terms of specs, all models feature a 4K panel with a resolution of 3840×2160 pixels. Besides, they run the latest Android TV 8.1 Oreo operating system. Under the hood, all new Thomson 4K Tvs get powered by a quad-core A53 processor bundled with 2.5GB of RAM and 16GB of built-in storage.

All models also come pre-installed with popular apps such as YouTube, Prime Video, Netflix, and more. They also come with built-in Chromecast and Google Assistant feature. Along with that, these TVs also come with Google Play Store which allows users to download apps and games on TV.

The new range of Thomson 4K TVs will go on sale starting June 14 at 12pm via online retailer Flipkart.