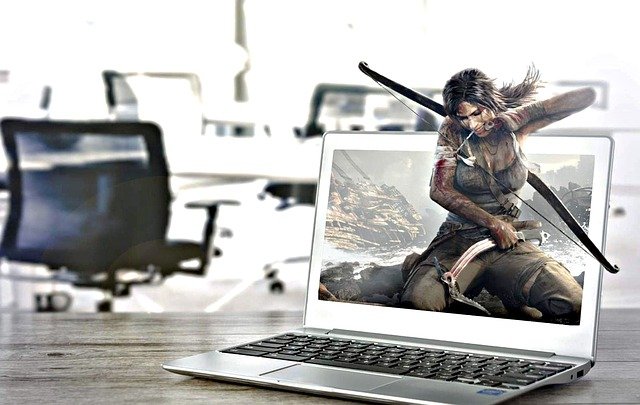 Gaming laptops are becoming more and more popular thanks to a rise in the popularity of PC gaming and the advantages of portability of laptops in general. However, until recently gaming laptops were widely considered to be an inferior alternative to the desktop, and even now you might be wondering whether a gaming laptop is worth the money. Wonder no more, as we present a list of pros and cons of gaming laptops to help you make your decision.

Gaming machines can be expensive, especially desktop computers. Gaming laptops are often much cheaper than their desktop counterparts. For a gaming laptop, you can find yourself spending between £1,400 and £2,000, while a desktop can cost you anywhere between £750 and £4,000, not including the peripherals required to actually use them. There are also discounts that can make them an even more affordable option. This gives people with smaller budget options that will run the same games as a desktop machine so they get the same gaming experience for less money.

Everything in one place

Buying a desktop gaming machine is a daunting task – not only do you have the machine’s parts to consider, but the peripherals as well. Gaming laptops eliminate all of the extra considerations because you get everything you need in one package – keyboard, screen, speakers, trackpad. There’s no need to worry if you’ve forgotten to buy something because it’s already there, and it will all be under the same warranty, so there’s less stress for you if something goes wrong.

Gaming laptops are meant for more intensive use than regular laptops so one advantage of having one is that standard programs will run much more smoothly. Even a non-gamer will notice the difference between a gaming laptop and a standard laptop and receive a more personal experience. This is because it will do everything you need it to do more quickly, and you will be able to have more things running simultaneously so if you want to message friends while listening to music and writing a novel, a gaming laptop will give you a better experience.

If you want to customise your gaming machine to make it unique or to give it your own personal touch, then laptops are the way to go. You can customise gaming laptops far more than their standard counterparts, deciding yourself on the internal parts like whether you have a hard drive or an SSD, for example.

Game on the go

All laptops are portable, so having a gaming laptop means you can game on the go. You can game on a train, on a plane, or while on holiday in a different country, meaning your laptop can become as well-travelled as you are! You never need to worry about missing a day’s gaming with a gaming laptop.

The better you want your gaming laptop to perform, the more expensive it will become. Fitting all of the key pieces, which can be expensive on their own, of an excellent machine into a small space is a more difficult task, which drives up the price.

Gaming laptops use mobile versions of graphics cards, so you may find that one con is that the performance of a gaming laptop isn’t quite as good as that on a desktop machine. You may have to limit the graphics settings you use on certain games which are graphically intensive.

Gaming laptops are often consistently put through their paces, especially by enthusiastic gamers, which wears down the parts. They also aren’t as good at dealing with the heat they produce as desktop computers are, due to a lack of airflow and fewer fans. This can affect your gaming laptop’s lifespan. There are ways to give your gaming laptop a long, happy life: for example, using it on a desk rather than your lap will help keep it dust-free.

Gaming laptops come with a fixed screen size – you can’t change it and replace it with a bigger one if you find that it’s too small. Gaming laptop screens can be significantly smaller than the monitors for desktop gaming computers, so be aware of this when considering buying a gaming laptop. On the other hand, gaming laptops often have larger screens than standard laptops.

Laptops these days are often sleek, slim, and easy to carry around. Gaming laptops, however, have to be much heavier, significantly bigger, and more awkward to carry around due to their more complex internal systems. They’re still less bulky than desktop PCs, however.

Gaming laptops are no longer losing out to desktop computers – they can run the same games, they’re often cheaper, and they’re portable. They may not have the same options for screen size, but you can still make your mark on a gaming laptop and customise it so it’s perfect for you. Despite being bulkier than a standard laptop, being able to game on the go is a huge advantage for many people, and as long as you look after your gaming laptop, it will look after your games.