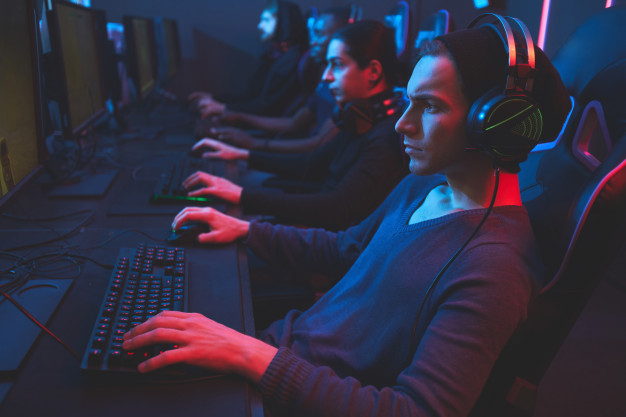 You’ve undoubtedly watched in awe how mobile compatibility, the cloud, and cryptocurrencies have changed the face of gaming over the last ten years. As with all new technologies, it started slow and then suddenly escalated to the point where you saw new apps and features almost daily. It has to make you wonder what the iGaming industry has up its sleeve for the next ten years.

Kevin Cochran is an expert gaming enthusiast that consults clients in the Canadian iGaming industry about the latest gaming technology and how it impacts sites like Jackpotcity. According to the marketing team, his advice helps them narrow down new developments to recommend to their readers.

We take a look at what experts in the gaming industry are expecting to see in 2030.

The Major Predictions from the Gaming Community

There are thousands of opinions which you can expect. Technology and science are like a wonderland – if you can dream it, you can make it happen. A few predictions and expectations hold firm ground amongst all the experts, and we take a closer look at these.

Everybody Will Be Streaming

According to Phil Harrison, who is the GM and Vice President of Google, streaming will be the technology that binds everybody and everything together. The pervasiveness of network connectivity is what will power the gaming industry moving forward. It can be a satellite, 5G or ultra-wideband fibre technology. Various enabling technologies will make this a reality sooner than you anticipate.

AI Will Immerse Players Into a Virtual Reality

He says that cloud-based solutions, instead of a black box in your home, will be game-changers in how games are developed and played. Incorporated with AI and natural language, it’ll spark a new era of game design where you can enter a virtual world and converse with a character in your game.

A New Generation of Developers and Players Are Growing Up

The most exciting change is the new generation of people working in the gaming industry. You don’t need to teach them these new ideas, as most grow up with these developing tech-concepts in the palms of their hands. It won’t be like the current ‘baby boomers’ or ‘Gen X’ generations that mostly grapple with new concepts. It’s exhilarating to imagine the ease that the new generation will bring to the work and marketplace.

Virtual Reality Will Become the Norm

According to Viktor Bocan, Warhorse Studios’ Design Director, streaming coupled with VR will be the most superior technologies to develop up to 2030. He also believes that virtual reality is the game changer as it becomes more accessible via cloud-based apps. He says that the focus now should be on creating user-friendly accessories such as light headsets that are affordable.

The Major Difference Will Be How You Play, Not What You Play

He thinks that the significant changes will be in how people play, and not necessarily what. He predicts that the games will be somewhat similar to what’s currently available, with VR as a standard component. He is excited for the day that you can walk across the battlefield in StarCraft as you look and move around freely in the game you’re playing.

Some experts, including Greg Street from Riot Games and Gareth Wilson from Traveller’s Tales, are not so optimistic about video gaming in the future. Both think it’s a far stretch to expect VR to be fully developed and affordable enough to get it into every gamer’s reach by 2030.

According to Greg Street, video and audio communication amongst players are still not on par with expectations. He hopes that by 2030 the current issues will be resolved to deliver seamless player experiences across various dimensions. Developers need to perfect the latest gaming technology before developing the next.

Whether it’ll happen in the next five years or the next 10, future entertainment games are an exciting development to keep an eye on. The future of gambling is as much affected by these predictions. Imagine sitting at home while visiting your favourite casino on the Strip in Vegas while chatting up the croupiers. However long it’ll take to perfect these technologies, it’ll be worth the wait and gaming will never look the same once it does launch.