The Surface Phone seems to be building momentum behind the scenes 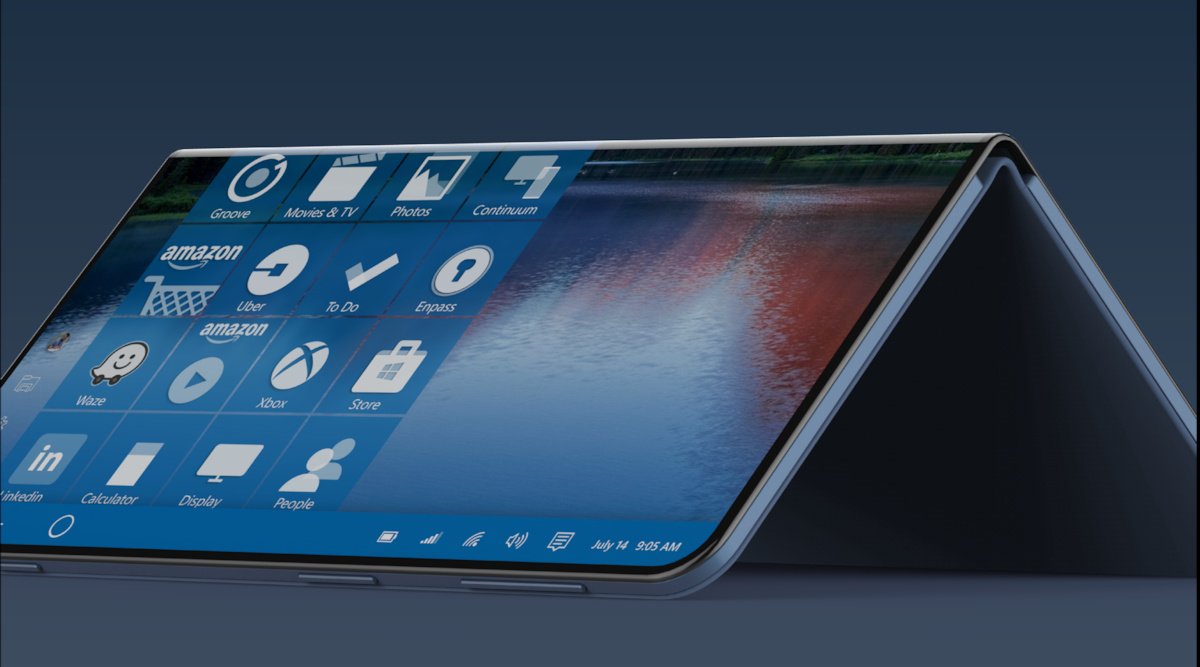 Reports of a Surface Phone has been swirling around for years now, though it seems we could finally be heading towards something concrete on this now.

Microsoft CEO too had stated they haven’t given up on the Windows Mobile yet. This coupled with the recent patent filing that relates to a device that folds along the middle has led many to speculate Microsoft could be working on a foldable Surface Phone device.

The above also tallies quite well with what CEO Nadella had stated; that their forthcoming Windows Phone device will be unlike any smartphone we have ever seen. With virtually no reference points to base any claims on, speculations have been running wild about Microsoft working on a radical phone design, one that transforms into a mini tablet when deployed, or a phone in a folded state as MSPoweruser reported.

Surface devices are also known for their dual nature, that of being a tablet or a notebook at the same time. A foldable design feature will also live up to that, to take up the role of being a smartphone or a tablet as desired.

Further, with the Surface range of devices geared towards productivity, it perhaps will also be safe to assume the new Surface Phone will also have support for the Surface pen. Stylus support too will be expected to live up to it being enterprise friendly, a segment that Microsoft has traditionally been close to. Of course such wouldn’t be a possibility unless Windows 10 Mobile gets equally optimized for the same.

In fact, Microsoft is reported to be working on the Windows 10 Mobile platform before it launches any new hardware based on it. That includes the new Windows Shell that would replace the existing Shell. Termed CShell, the new Windows Shell is being hailed as a generation ahead and will allow real-time scaling to adapt to different screen configurations.

The software giant had earlier launched Lumia branded handsets for different segments, including the flagship Lumia 940 and 950 Xl though they had very limited success.

As for an expected launch schedule, the new Surface Phone shouldn’t be expected before end-2017 or early next. Then again, this is speculation at best and should be ingested with the proverbial pinch of salt.