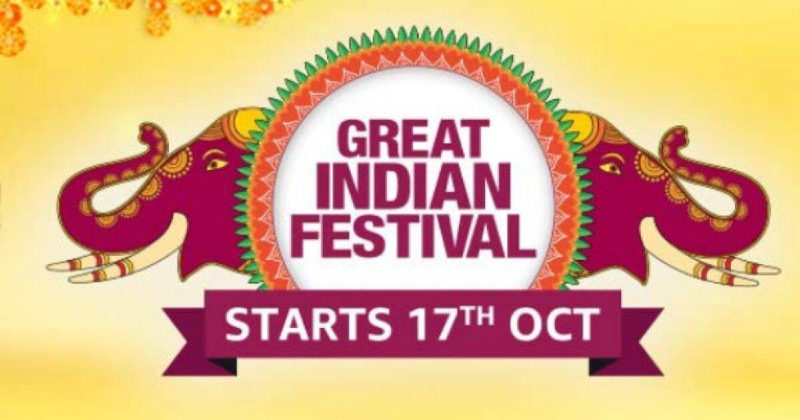 It is the start of the festive season here in India and retailers are out to woo buyers with exciting deals and discounts. After Flipkart announced their Big Billion Days sales event, Amazon has now announced its Great Indian Festival gets underway on October 17, 2020. For Prime members, sale starts a day earlier, that is on October 16.

As part of the mega sales event, Amazon is working to connect the hundreds and thousands of small and medium scale businesses with buyers across India. There are going to be several sections under Amazon such as Local Shops, Amazon Launchpad, Amazon Saheli, and Amazon Karigar that would serve as a window for the small business to the outside world.

Such efforts are expected to help the sellers shore up their business that has already been adversely impacted by the ongoing pandemic. Amazon said they are looking to provide the buyers with everything they need during the festive season while also delivering the same to them safely.

The online retailer also said there are going to be scores of product launches during the event. Those counts more than 900 and include almost anything under the sun, from electronics and gadgets, fashion items, food and supplements to fitness products, home automation products to almost everything in between.

Not to miss, there are going to be Amazon’s own products such as the Echo range of smart speakers, Fire TV Stick, and so on that too will be offered at discounted rates. There is going to be a clutch of new deals announced almost every day in the run up to the sale event.

Apart from discounts and offers, there are going to be lucrative finance options as well to make it easier for sellers to procure what they want without worrying about finances. So, with the dates announced, it is best for the buyers to start building their wishlist so as to grab the deal the moment it is announced.