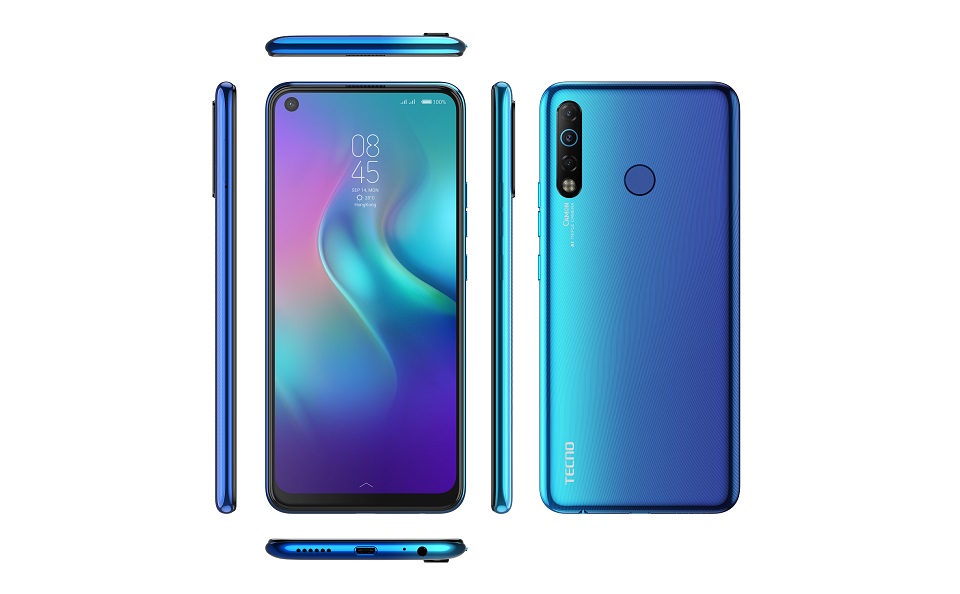 Tecno Mobiles has launched its latest smartphone in India dubbed as the Tecno Camon 12 Air. Key highlights of the smartphone include the triple-lens camera setup, the presence of a hole-punch display, and a massive 4000 mAh battery. The Tecno Camon 12 Air is priced at INR 9,999 and is now available for purchase via offline retailers. The device is offered in a choice of Stellar Purple and Baby Blue colour options.

Commenting on the launch, Arijeet Talapatra, CEO, Transsion India, said in a statement, “Tecno Camon 12 Air is currently holding the crown of bringing the most affordable ‘Dot in-display’ in the offline space. We are confident that with this new festive product portfolio, we will amaze the consumer and consolidate our brand position among Top 5 offline smartphone brands of India under Rs. 10,000-segment.”

In terms of specifications, the Tecno Camon 12 Air packs a 6.55-inch HD+ display which boasts a resolution of 1600×720 pixels having a screen to body ratio of 90.3 percent. The display gets a hole-punch display, something the company calls a Dot-in Display’, touted as the first such display available in this price range.

Under the hood, the handset gets powered by a 2GHz octa-core Helio P22 processor paired with 4GB of RAM and 64GB of built-in storage. The memory is further expandable up to 256GB via a microSD slot.

In the photography department, the Tecno Camon Air 12 packs a triple-lens primary camera, which includes a 16MP primary camera with f/1.8 aperture, a 5MP wide-angle lens, and 2MP depth sensor. The company is also touting the camera’s quad-LED flash module. For selfies, the handset features an 8MP front-facing shooter with f/2.0 aperture.

Elsewhere, the dual-SIM (GSM) smartphone runs Android 9 Pie-based on the company’s proprietory HiOS 5.5 skin. The Tecmo Camon 12 Air gets fueled by a 4000 mAh battery that is rated to deliver 12 hours of video playback. Connectivity options include Wi-Fi 802.11 b/g/n, GPS, Bluetooth v5.00, 3G, and dual 4G LTE. Not to mention, the handset also supports Face Unlock and a fingerprint sensor that is said to unlock the device in 0.27 seconds.