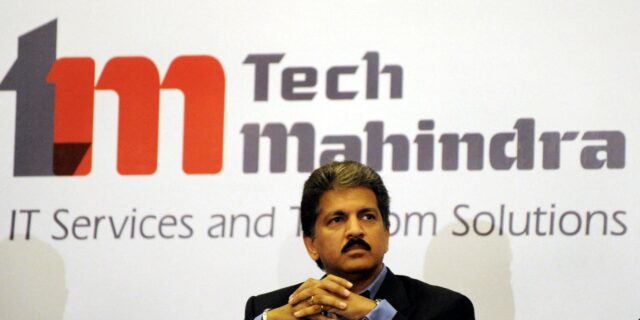 Tech Mahindra, the fifth largest exporter of software, has reported a 7.2% growth in June quarter. The profit stood at Rs 676 crore and has been helped by increased forex gains due to a depreciating Rupee. Last year the profit figures were Rs 630.72 crores. The company’s revenues also increased by 22.9% and reached Rs. 6,293 .8 crores in the quarter. Revenues for the same quarter the preceding year was Rs. 5,121.50 crores.

Analysts at brokerage Emkay termed the results better than expectations, and the worst is behind. Profit margins are expected to get better by 2-2.5% in the next fourth and fifth quarter.

Executive Vice Chairman, Vineet Nayyar said that the results were as expected and said that market sentiments will give an opportunity for the company to improve its performance by expanding business in the coming quarters. He further added that there was a 0.20 % fall in operating margin to 14.9%. It was caused by a hike in visa costs and impact of acquisitions of companies that worked on lower profitability.

C P Gurnani,CEO and Tech Mahindra Managing Director said that investments coupled with initiatives taken by the company have been welcomed by businesses the company serves.

The workforce of Tech Mahindra also increased. 392 members have been added making it a family of 1, 03,673 people. Of these 71,997 people were from the software segment while 24,394 were from the BPO segment.

Experts say that the growth in the Telecom vertical is unsatisfactory down 4%, the Enterprise Segment has shown good performance with a 6.4% growth in terms of the dollar.