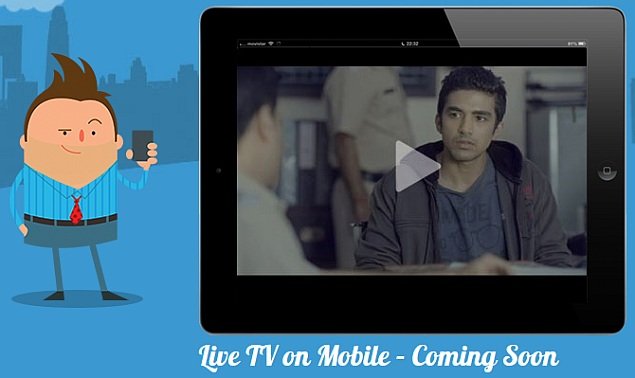 India’s one of the potentially most popular direct-to-home television operators, Tata Sky launched a mobile application, “Everywhere TV” using which subscribers can watch their favorite TV channels and live TV programs. The application meant for both Android and iOS and is expected to be released during the festive season.

The DTH provider’s research revealed that the amount of time subscribers spend on commuting is 76 minutes every day. As such, an app that allows them to easily view episodes of their favorite shows they might have missed during the day’s work holds great potential. Hence, ‘Everywhere App’ for TATA Sky subscribers. The company says it would just charge Rs 60 extra per month from its existing customers who can initially watch over 50 channels on their mobile devices.

The idea is to let our subscribers watch TV while they are travelling or when they are out of home. All that they need is a good 3G mobile connection or a Wi-Fi connectivity. The move is part of the company’s plans to popularise the Tata Sky brand further in tune with the ever evolving customer demands. We started the ‘a la carte’ option to let customers choose what channels they want to watch, we introduced the recording option so that they can watch programmes later. Now, our next step is to let them watch live while on the move via mobiles”, told  Tata Sky Chief Commercial Officer Vikram Mehra to PTI.

Initially, most of the Hindi and English channels will be available on Everywhere TV but later support for regional channels is likely to be added. The move, in my opinion comes in line with Dish TV’s rollout of the same service, a month ago. Dish TV had in September introduced a similar live TV streaming service, called DishOnline.