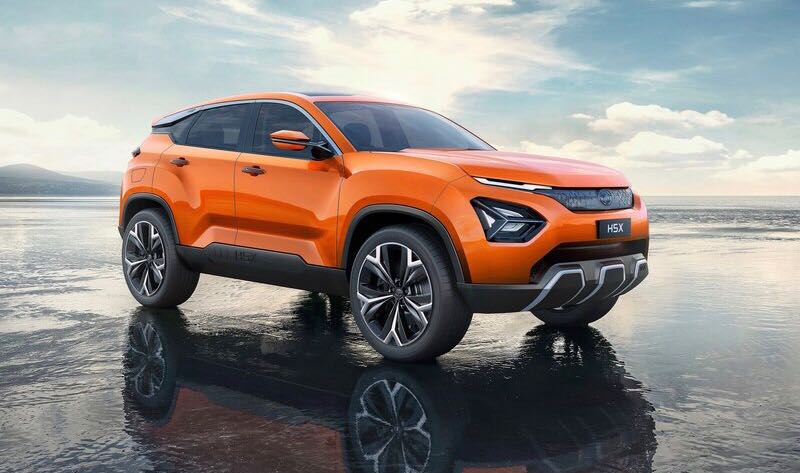 Indian automobile manufacturer Tata Motors has finally revealed the name of its much anticipated H5X Concept SUV, which was unveiled during Auto Expo 2018. The upcoming sports utility vehicle is dubbed as the ‘Harrier’, and will hit Indian roads in the first quarter of 2019.

Tata Harrier has been designed in collaboration with Jaguar and Land Rover, and will be the first vehicle from Tata to get inspired by its proprietary ‘Impact design 2.0 philosophy built on a monocoque platform.

According to Tata Motors, the Harrier offers “a glimpse of the future generation of Tata Motors vehicles in terms of styling, technology and performance capabilities. Its architecture is derived from the legendary Land Rover D8 and is adapted to suit the Indian conditions by Tata Motors engineers.

“With Turnaround 2.0 into play, we are geared to win sustainably in the market. We are proudly speeding towards our next market introduction ‘Tata Harrier’ that will take our brand value to the next level. We are preparing for commercial launch in the first quarter of 2019,” said Mayank Pareek, president for passenger vehicle business unit at Tata Motors.

Under the hood, the Harrier will be powered by a MultiJet II engine from FCA, also found on the Jeep Compass. This engine will be offered in two states of tune. For its 5-seater model the engine will produce 140 PS peak power, while it goes up to 170 PS peak power on the 7-seater variant. The engine will be come in new manual and automatic transmissions. Besides, both transmission options will be offered in 2WD as well as 4WD.

Interested buyers can get to know more about the upcoming SUV at this link – the official website for the SUV which recently went live. Users can also register themselves on the site, and get more information about the Tata Harrier directly in their emails.

The Tata Harrier will compete against the likes of Jeep Compass and Hyundai Creta when it launches in the first quarter of 2019.