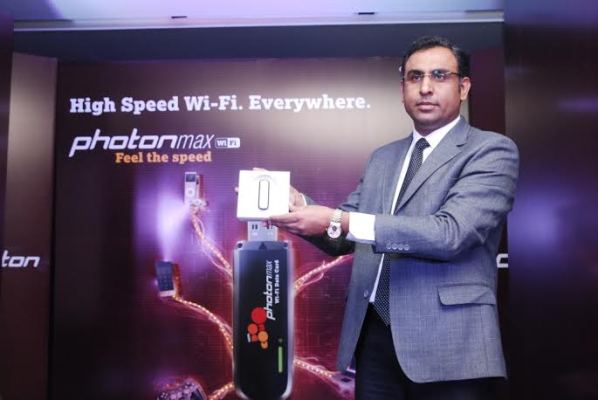 It can be powered by any USB port, which means you can plug it into your laptop or in the car, and get a Wi-Fi Internet connection instantly, once the connection is established. Tata Docomo claims that the Wi-Fi hotspot has a range of 100 metres.

Elango T, President Operations, Mobility, Tata Docomo said “The threshold for bandwidth and high speed data connectivity has gone up in the recent time. While wireless data connectivity has greatly increased the level of the user experience on mobile devices, Photon Max Wi-Fi promises Video speeds and will allow data-hungry applications to run seamlessly between multiple users. Our integrated Data play across CDMA, 2G and 3G networks has helped us become the Data leaders in the industry. While we have consistently been leading the market on the large screen segment via Photon, our growth in Small Screen data penetration and revenues has been unprecedented with our innovative product offerings. We believe that data is the next frontier of growth that will offset slowing voice revenues and with products like Photon Max Wi-Fi will help boost the data revenues. Data is already a substantial revenue driver for the company, appx 30 per cent and we only expect this number to go up.”

Existing Tata Docomo Photon users can upgrade their services to Wi-Fi by buying Photon Max. These customers can also avail of the cashback offer that will nullify the device cost in 13 months, claims the company. Tata Docomo offers various Wi-Fi plans that start at Rs 650 and extend up to Rs 1,500.

Customers can also go for Advance rental plan of Rs 4,999 in which they will get 15GB of unlimited data for three months. The internet speed limit would be reduced to 153.6 Kbps after the mentioned limit is surpassed.