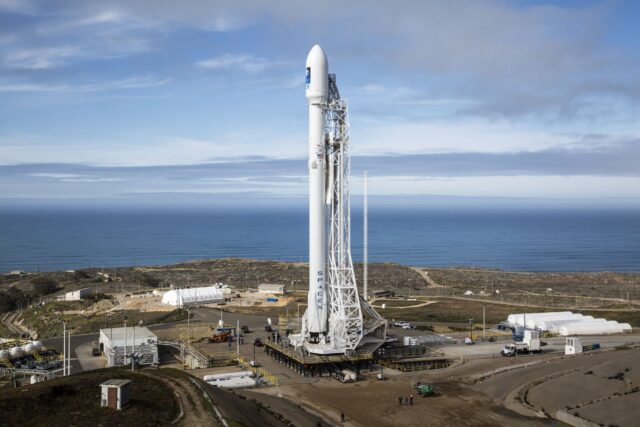 The first locally developed satellite of the small island nation – Taiwan atop a SpaceX built Falcon 9 rocket, was successfully launched into space on Thursday. Named as ‘Formosat-5’, the satellite will help to boost up the surveillance capabilities of the island as well as enhancing its efforts to frame a division of the mushrooming global space technology sector. Designed and developed by the scientists and engineers from the National Space Organization of Taiwan, the satellite is expected to empower the weather reporting capability of the island nations significantly.

The Formosat-5 atop a Falcon 9 rocket owned by the American private spaceflight development company SpaceX, successfully blasted off from the California-based SLC-4E, Vandenberg Air Force Base on Thursday, 24th August. SpaceX with a 42-minute launch window, unlocking at 11:51 AM PDT (2:51 PM EDT), Thursday, successfully launched the first homespun satellite of Taiwan’s National Space Organization (NSPO). The satellite FORMOSAT-5 will be installed into low-Earth sun synchronous orbit, where it will be employed for beaming back ultra-high-resolution imagery of earth’s climate system and will probe Earth’s ionosphere for experiment and investigational purposes.

The NT$5.65 billion (S$254 million) worth mini-satellite, weighing 450kg once installed in its constellation, will be used for collecting information about the climate system, which eventually will help the small island nation to evaluate the consequences of natural disasters like flood, earthquake, hurricane, etc. Moreover, this mini-satellite will also assist in monitoring the changes in the environmental patterns on Earth. Integrated with the Remote Sensing Imager (RSI) payload, the satellite will provide multispectral and panchromatic imaging aptitudes to the agency and will also replace the Formosat-2 satellite which went off in August, last year.

As confirmed by the project director of Formosat-5, Chang Ho-pen from the National Space Organization (NSPO), “The launch of the country’s first homespun climate monitoring satellite is successful, and we are expecting great outcomes and assistances from this space probe in the coming years.”

The launch of the Formosat-5 is a milestone for NSPO as it is the first program that the space agency has programmed and developed itself entirely. Right from the design to the system integration, every single part of the satellite is made by the agency’s scientists. And now, Taiwan is expected that the mission will pave new paths for getting better independence for developing space techs and global imaging schemes.