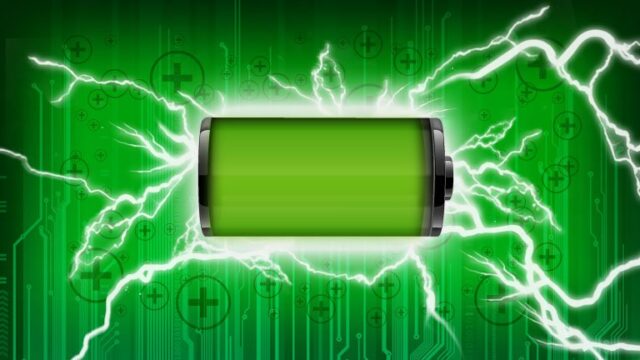 Charging smartphone batteries every day can become a thing of past. A super capacitor battery prototype has been developed by the scientists from the University of Central Florida. The battery works just like new even after 30000 charges. These batteries charge at lightning speed and also last 20 times longer than the conventional Li-ion batteries which are featured in most present day smartphones and devices.

The standard storage batteries store electricity by chemical reactions. However, the Supercapacitors store electricity statically on the surface of the material hence can be charged in a jiffy. The concept is not new but the process requires “Two-Dimensional” material sheets so as to have a large surface area to store as many electrons as possible. Scientists are now using the wonder material “Graphene” as the two-dimensional material.

The trickiest part was to integrate the Graphene with other material which is employed in the construction of the supercapacitors. For achieving this team wrapped 2D metal materials just a few atoms thick around highly conducting 1D nanowires. This enabled the electrons to quickly migrate from the core to the shell. The result was a quick charging material with high energy and power density which is very simple to produce. The team perfected a chemical process which nicely integrated the 2 d material with the other components.

The research process is now in its gestation stage but according to the scientists, it looks very promising and far surpasses the present energy sources for small electronic devices by a large measure with respect to energy density, power density, and cyclic stability.

The findings have been described as the viability of the concept, and the team is trying to patent the process before it is available for commercial use.