Home News Google For India: Everything you want to know about Sundar Pichai’s India... 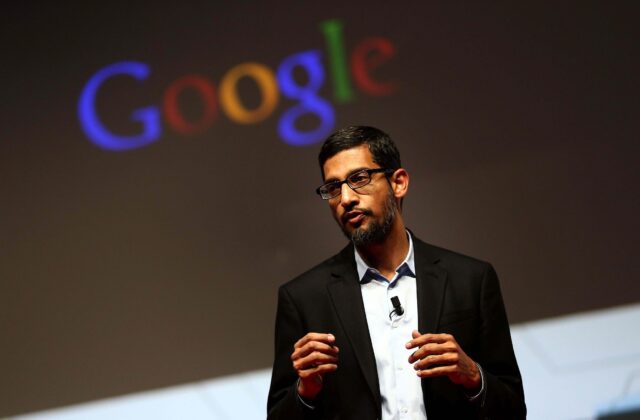 Sundar Pichai is on a two-day visit to India, which is also his first international trip after taking charge as the CEO of Google. Pichai’s visit assumes great significance especially after his recent meeting with Prime Minister Narendra Modi in California.

In his keynote, Pichai announced his plans on making 100 Indian railway stations Wi-Fi-powered in association with Railtel by January 2016, starting Mumbai Central.

The facility is said to be under testing phase and will be implemented after further quality checks. However, it remains to be seen how Google ensures the wireless security mechanisms as well as prevention of fraud and misuse.

Google is building a new campus to increase manpower in Hyderabad under designing and manufacturing of upcoming products within India. This move will notably bring in considerable revenue to this country in the form of software exports.

Google is partnering with National Skill Development Corporation to impart training for two million new Android developers over the next three years. As part of this initiative, Google will establish tie-ups with more than 30 universities across India.

Pichai also revealed that India will become a global powerhouse of Android users by 2016, overtaking the United States. In addition, Google’s new virtual keyboard now enables one to type in 11 Indian languages.

Google is also investing funds to assist women from three lakh rural villages all over the country to cut down illiteracy with the help of the Internet. Apart from Google, active participation of respective state government and local bodies are essential.

Google Maps has been refreshed with an offline feature to enable real-time navigation of roads and searches. The company has also added panoramic images of 250 Indian monuments to both Google Cultural Institute and Maps.

In YouTube’s department, Google has announced a new feature that will allow videos to buffer while paused, which is pretty useful for those having limited bandwidth.

Google showcased a feature named Tap to Translate on WhatsApp, which provides an ability to translate words or statement quickly without leaving the app. This feature is expected to be rolled out as early as Q1 2016 along with Android 6.0 Marshmallow.

Google also announced Chromebit to be launched in India in January 2016. Manufactured by Asus, Chromebit does the job of transforming any monitor or TV screen into a Chrome OS-based system. It’s been a month since the device is already available in the U.S.

As a par of the visit, Sundar Pichai is scheduled to meet Indian President and Prime Minister during. Pichai will also address students at a private college in New Delhi.