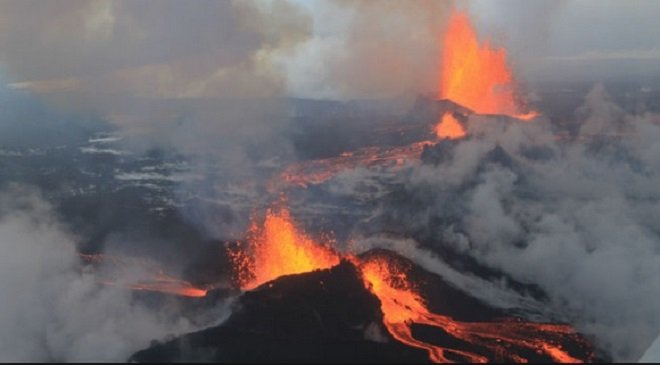 A recent study has said that volcanic eruptions may have been behind slowing down of global warming– a fact that researchers have found to be fascinating.

The study, published in journal Nature Communications, reported that volcanic aerosols have worked as a natural umbrella to bring down the increase in global temperature due to greenhouse gases.

However, the study did acknowledge that there was a continuous growth in the concentration of greenhouse gases at the global level. What was astonishing in the study is that the global surface temperature hasn’t increased the same way.

Scientists from Karlsruhe Institute of Technology and other international researchers have now found the reason for the slower rate of global warming.

Researchers found that the volcanic aerosol particles had reflected the incoming solar radiation between 2008 and 2011 at the twice rate.

The study, led by University of Lund, Sweden, said that volcanic eruptions had a cooling effect, underestimated by other climate models used in Intergovernmental Panel on Climate Change report.

The researchers, however, pointed out that volcanic eruptions and the cooling effect through volcanic aerosol particles are only meant to last for a little time, and the global temperature will increase at a speed again.

This was attributed to the increasing release of greenhouse gas. The study said that the temperature has only slightly increased for northern mid-latitude continents.

The study can be a breakthrough for climate models because it shows how the volcanic eruptions are important for the climate of the planet.