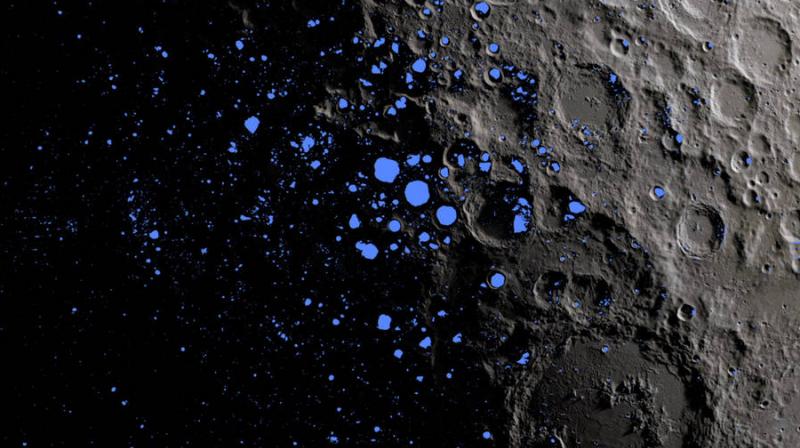 The Moon is the only natural satellite of Earth, and it is a dry, frigid place with no atmosphere. However, the vagaries of space like meteors and solar storms have a big impact on the frigid surface of the moon. The effects are much more pronounced in the permanently shadowed regions near the poles of the moon. Powerful solar flares possibly produce sparks which can vaporize and also melt the lunar soil, according to a new NASA study.

Solar activities are pretty intense, especially during the sunspot events. The mass ejection of solar charged particle slams into the lunar surface. While the earth has its atmosphere to protect its surface, the lunar surface is sitting duck for these particles since it does not have any atmosphere to protect it from these radiations. The ions accumulate in two layers; the bigger ions which cannot penetrate the surface build up in the regolith while the lighter ions penetrate into, the deeper layers.

The ions flowing with the solar winds are positively charged while the electrons are negatively charged. It was earlier believed that the opposite charges cancel out one another. However, in August 2014, it was revealed that intense solar storms lead to an accumulation of charge on the lunar surface and they are released in the form of miniature lightning strikes.

NASA scientists have also figured out why dust particles float on the Moon several centimeters above the lunar surface despite the fact that there is no atmosphere or wind on the moon. The process is also seen in the airless environment on the rings of Saturn. Scientists have now been able to reason the strange horizontal glow which was observed by the astronauts aboard the Apollo 12 and NASA’s Surveyor probes in the 1960s.

This is caused by the emission and re-absorption of electrons inside cavities formed between adjacent particles which can generate charges and levitate the particles.