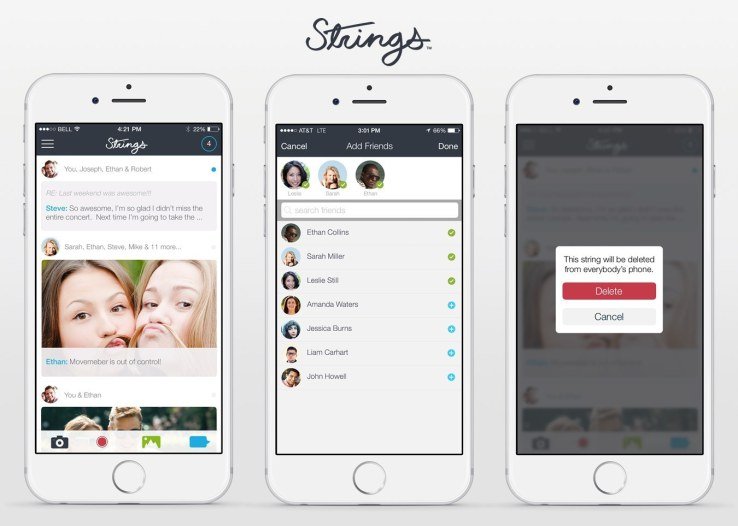 Every one of us has experienced those awkward moments where we send our friends something that we regret later. What we couldn’t do was un-send those texts or pictures or remove them altogether.

We could remove them from our device, but it would remain in their device until they delete it too. Now Strings is here in the form of option to act on regret.

Strings is a new messaging app that allows you to delete texts, images, and even videos long after you send them. So if you regret something that you sent earlier, you can now actually remove it from your phone and theirs!

For this to work, both the sender and the receiver needs to have Strings app installed on their phones. Once installation completes, the app requires access or permission from the user to be able to delete things from their phone.

While people may be reluctant to giving another app permission to see their photos and videos, especially after the widespread leaks of SnapChat and iCloud, the developers of Strings hope that for the sake of removing embarrassing moments, people will use the app.

The Strings app is currently available only for iOS and supports text, images and videos of “unlimited length”. It deletes content from its servers permanently, so the photo, text, or video that the user wants to be removed gets removed from not only devices but also the cloud.

It all makes Strings a safe place to text and send photos as you know you would be able to take back what you send.

20 hours ago
There are no comments yet No comments