Sony has launched Xperia Z1 in India just after two week of its international launch at IFA 2013 in Berlin. The phone will be priced at Rs 44,990. The smartphone has already made news for its umber-cool camera of 20.7MP along with 27mm wide-angle G Lens optics and a Bionz image processor. The phone comes with 2.3inch sensor and f/2.0 aperture that will render improved photo quality even under low light conditions. 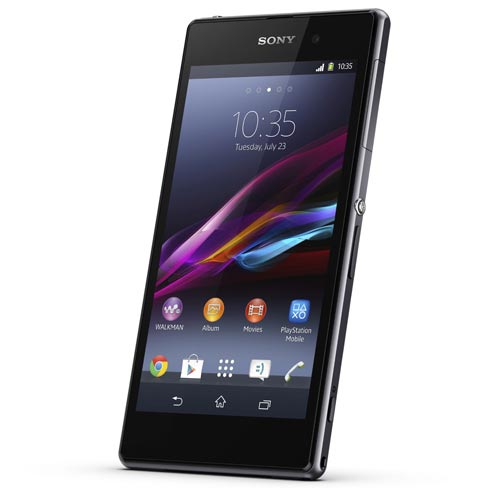 This phone will also come with a much faster processor that is 2.2GHz quad-core Snapdragon 800 processor along with 2GB RAM and a body that is resistant to water, dust and scratch. Sony Xperia Z1 comes with 5inch LCD display with 1920x1080p resolution having Triluminous technology. It will run on android 4.2 jelly Bean and offer customers 16GB of internal storage which will expandable to 64GB through microSd card.

At the same time the local smartphone company Karbonn is all set to introduce its new budget smartphone in the market for just Rs. 3499. Karbonn is offering the Smart A51 phone through online retailer Saholic and the device will be available to the customers from September 26. The phone runs on Android 4.0 Ice Cream Sandwich and is powered by 1GHz processor. It further includes 256MB RAM and the Android phone comes with a 3.5inch TFT LCD display with 320×480 pixel resolution.

Customers interested in buying this phone will get a 3.2 megapixel rear camera which comes with LED flash while the front facing camera is a VGA. The phone will further offer a dual-SIM support. It will run on 1,100mAh battery and offers 512Mb of inbuilt storage capacity which could be expanded up to 32GB through microSD card. However, the device will not support 3G network.