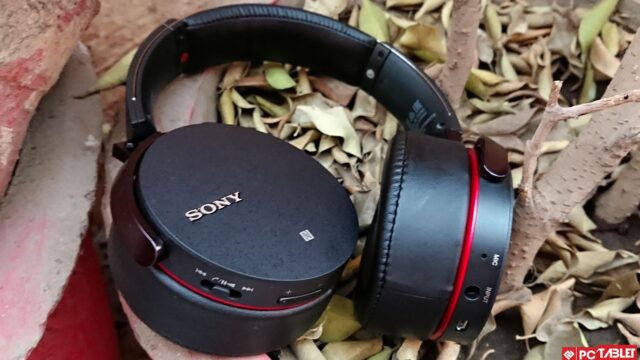 Sony MDR-XB950B1 Extra Bass is the latest entry in the company’s ever popular XB range of headphones. In the past, we’ve seen the likes of XB950BT which became rather popular among customers thanks to its competitive price tag, wireless capabilities, and also offered a well-rounded sound. Come 2017, Sony refreshes its XB range with the new XB950B1. Currently available on Amazon for Rs. 12,499, let’s find out whether the headphone is a worthy buying option. Does it offer that well-rounded sound experience, and more importantly, is it worth the price tag? 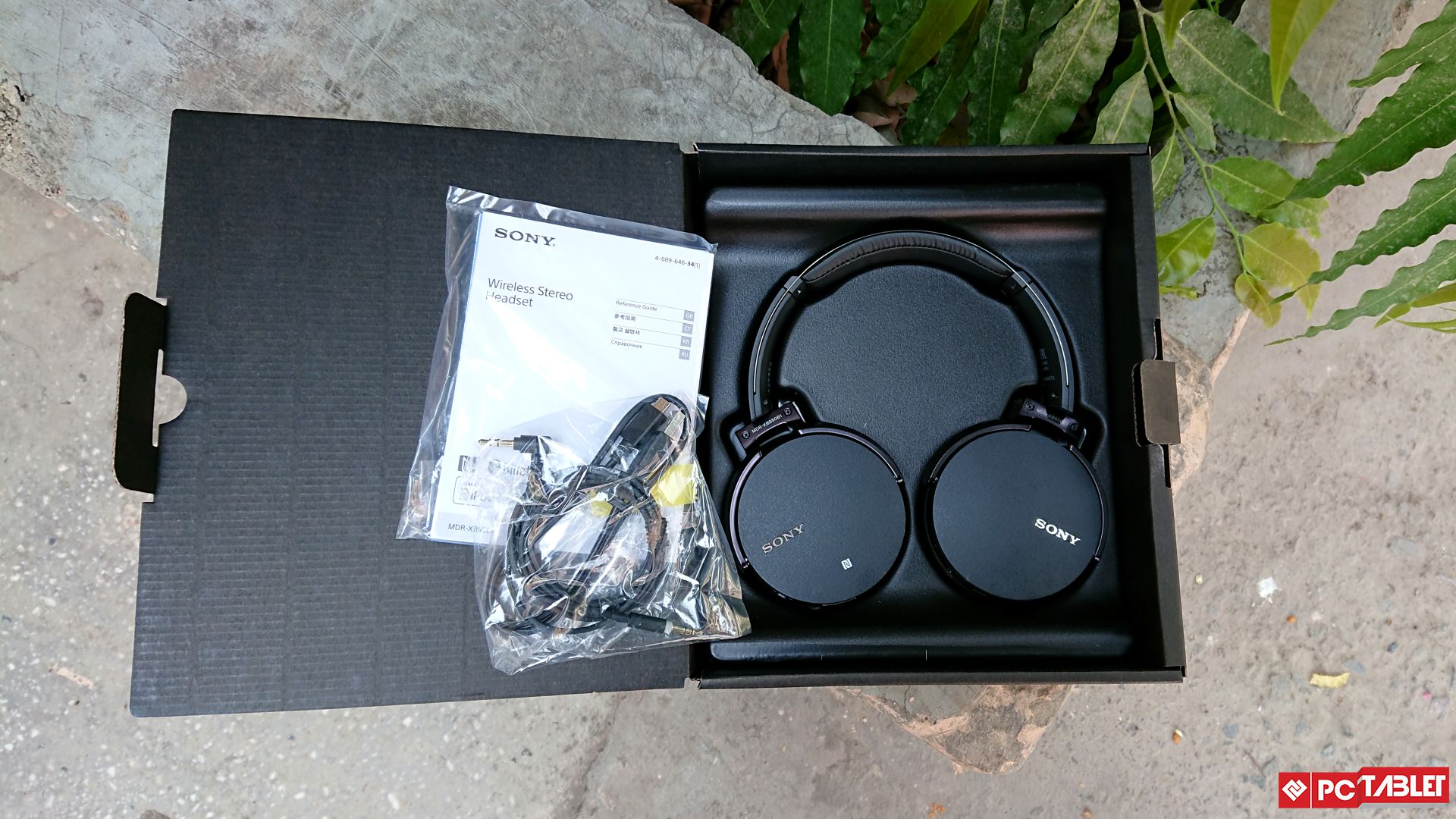 The XB950B1’s design is largely reminiscent of older models in the XB line. It sports the same shiny plastic headband of its predecessor – the XB950BT. The right ear cup gets the pause/play, track skipping, along with volume controls. While on the left you get the micro-USB slot and a 3.5mm jack. The left cup has most other of the other controls, which can make it feel a touch crowded initially. 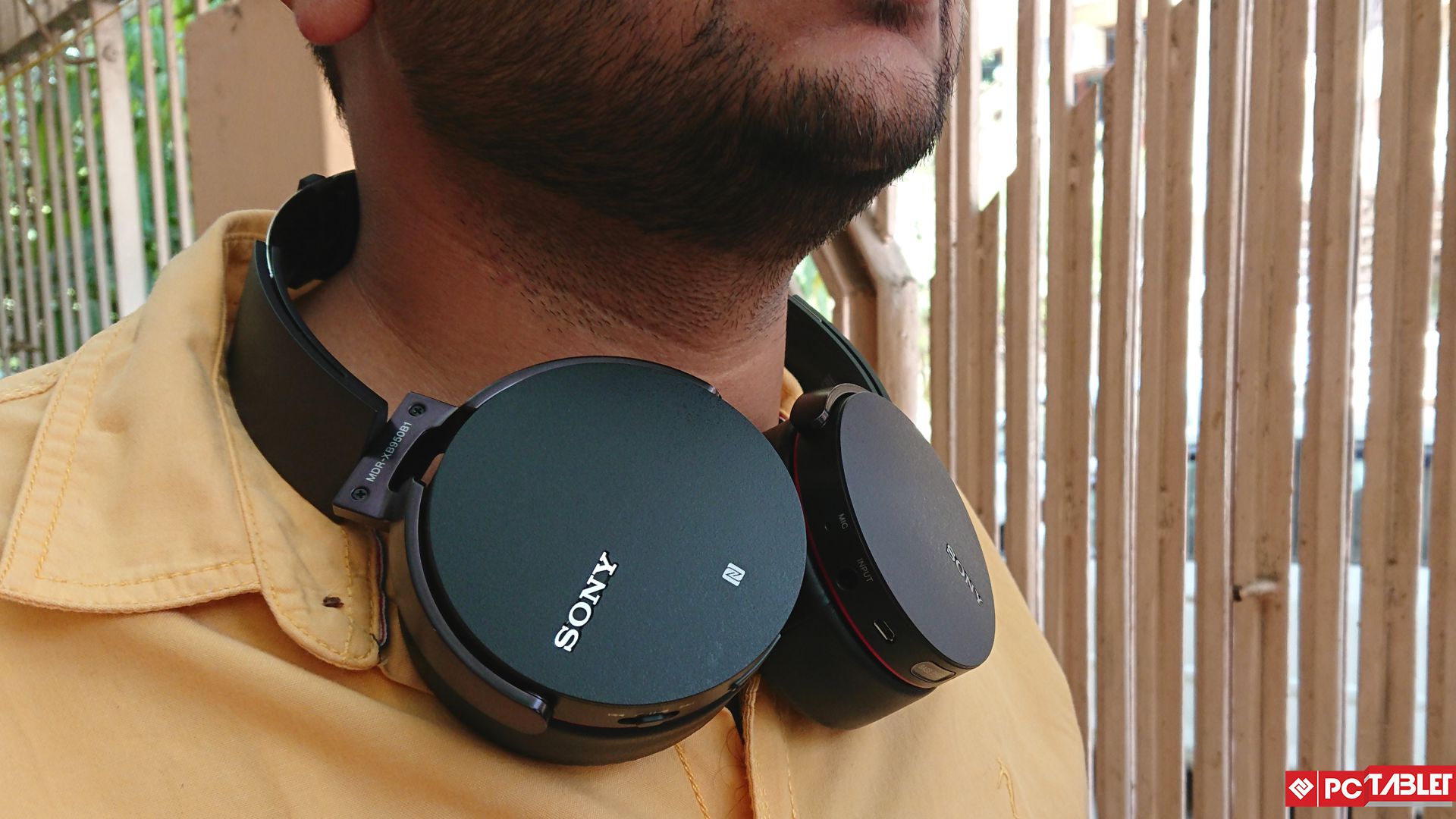 The overall build quality is pretty robust, but certainly not the same as company’s more pricier models. That said, the headset doesn’t seem cheap at all and feels solid in the hand.

However, I still prefer the look of the older MDR100 series as these appear way too bulky with its huge circular cups. But being a bass-focusses headphone, Sony may have decided to stick with larger cups. 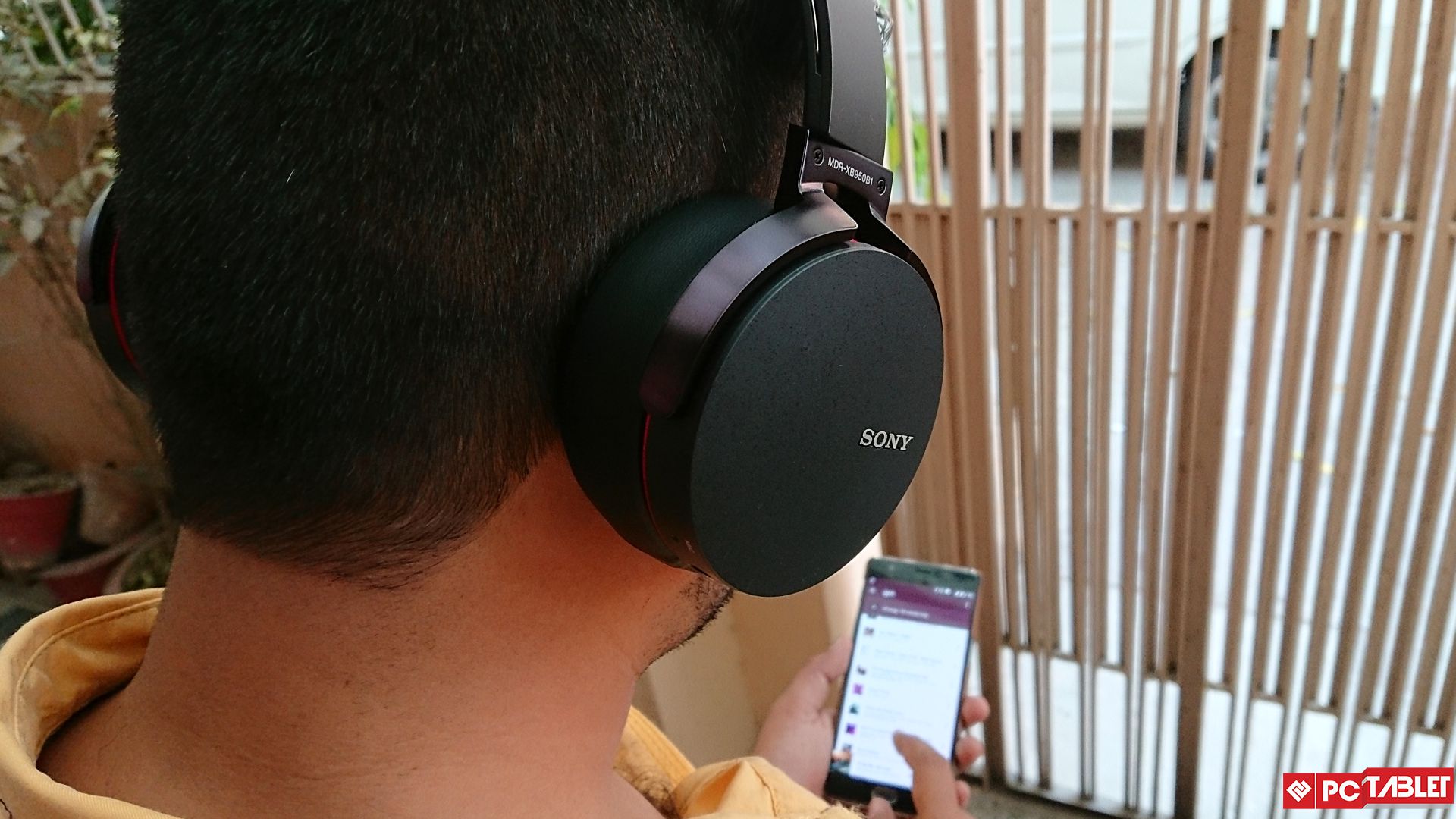 Readers are reminded that to unleash the full potential of these headphones, you need to have an iOS or an Android device. As you’d need to install the Sony Headphones Connect app on your tablet or smartphone adjust bass levels and use surround sound features. Once you’ve downloaded the Headphones Connect app from Sony, you can use features such as virtual surround sound or fully customizable bass boost. In the former, you get to choose from different Surround sound modes such as Arena, Club, Outdoor Stage, and Concert Hall.

While the Bass Boost option gives you the same Electro Bass Booster or “Clear Bass” function we saw in the older model. Though this time around you tweak these settings as per your preference. This essentially gives you the freedom to play around with the bass. You can tweak them to sound more neutral or crank it all the way up to make it sound more thumpy. 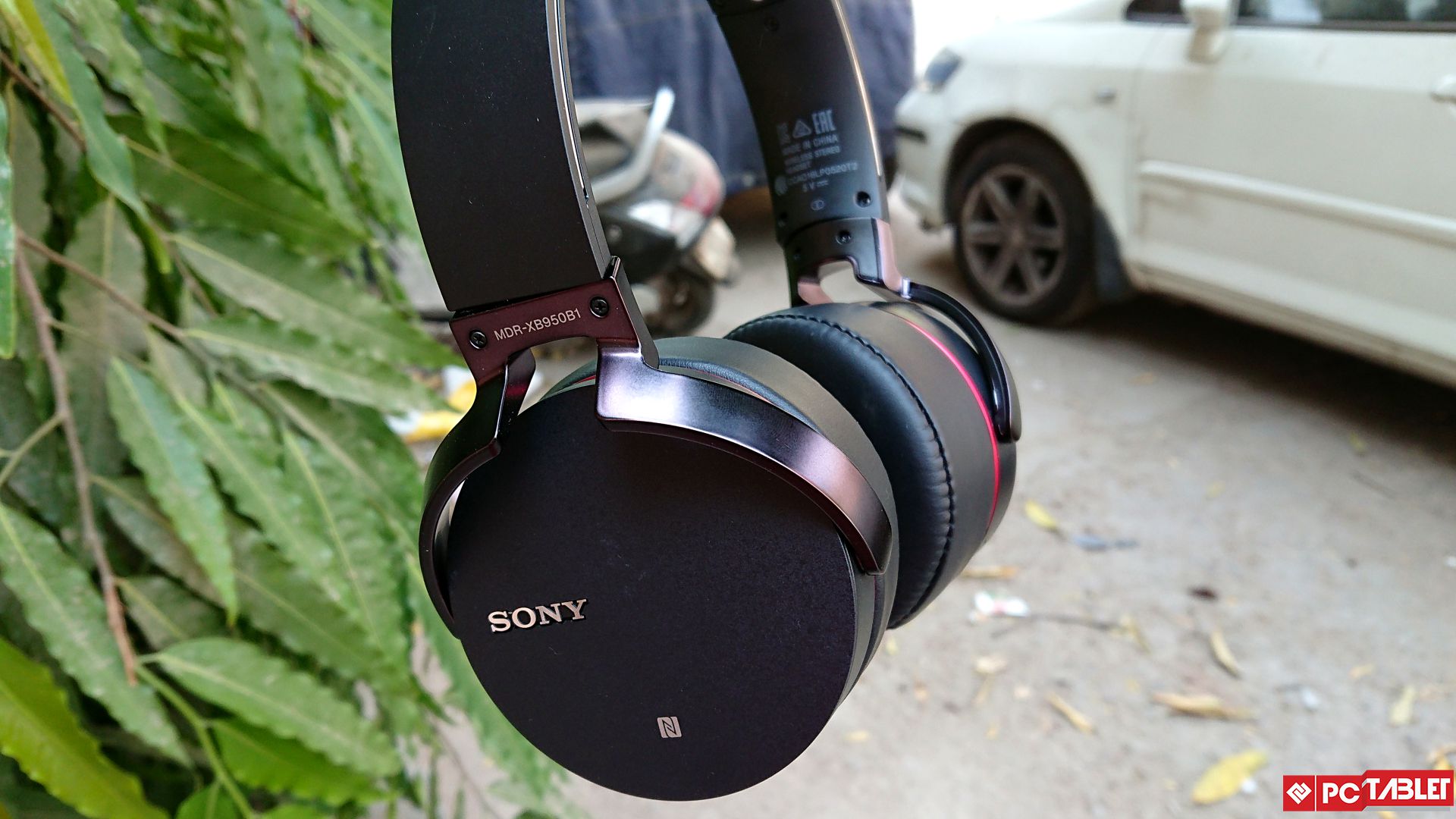 Besides, these headphones also come with a physical Bass Effect button. Pressing this button essentially triggers both the surround sound and bass boost settings you’ve set via the Headphones Connect app from Sony.

As far as the overall sound quality goes, the XB950B1 is all about its thumping bass. It’s thumpy, magnanimous, which makes the overall experience rather deep and immersive. Sony brands these as ‘Extra Bass headphones and no we know why. And the best part, it manages to do so without comprising on other frequencies. Mids and Lows sound rather clean and free of distortion despite the Bass being the star of the show.

That said, this isn’t your cup of tea if you’re into neutral sounds. Highs and mids aren’t as crisp and bright compared to most of the other headphones I’ve come across. But then again, the XB950B1 ‘s secret sauce is its ability to churn out some pounding bass, which was clearly evident as soon as I fired a few Anjunadeep tracks on my iPhone. It’s loud enough with bass levels that you can practically feel. Crank up the volume levels and you’re in for some thumping sound.

Despite being advertised as Extra Bass headphones, the XB950B1 still manages to give you that clean and balanced sounds if you go easy on the bass levels.

Elsewhere, the XB950B1 also offers One-touch listening with Bluetooth and NFC connectivity of about 30 feet and delivers around 16 hours of battery life once fully charged. You can even use them to make phone calls in Bluetooth mode only. I did make a few phone calls with the headphone and the person on the other end could hear me clearly. 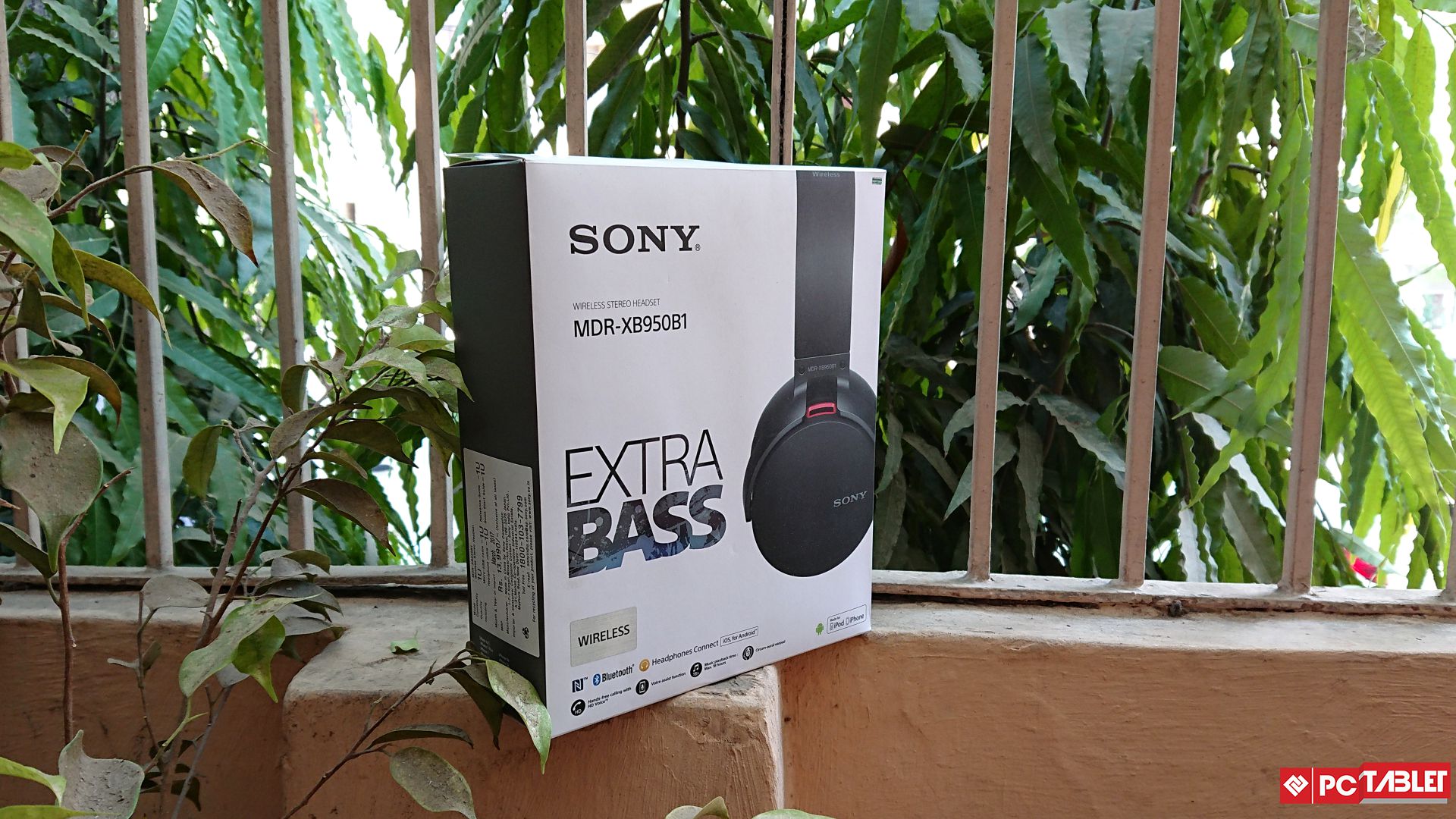 Being all about the Bass, the Sony XB950B1 works as advertised and offers a fun, pounding sound experience. For those who love bass, the Sony XB950B1 might turn out to be the perfect headphone you’ve been waiting for! Moreover, it manages to do so without heavily compromising on the highs and mids.

That being said, I won’t recommend it for users who prefer a well-balanced sound spectrum with crisp highs and mids. As they are clearly designed for those who like their bass – and a lot of it.

At Rs 12,999, they seem are a bit pricey for the Indian market. But if you want a set of wireless headphones that will pump out that pounding bass, offers multiple features along with clean and balanced sounds, then you surely want to check out the Sony MDR-XBR950B1.